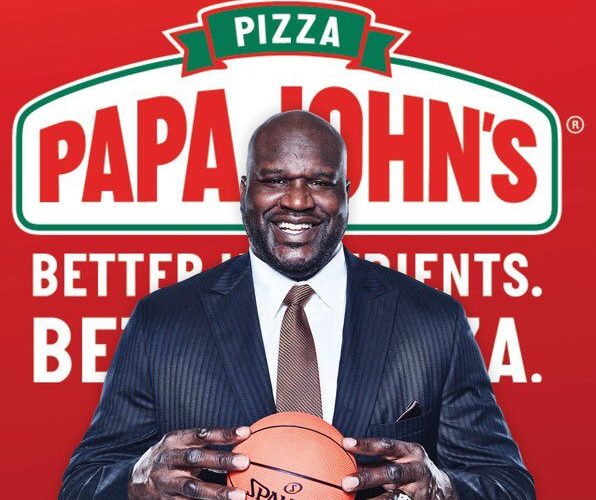 Former NBA player and television commentator Shaquille O’Neal has skipped too many Papa John board meetings and shouldn’t be re-elected to the board says an investor advisory firm, according to Bloomberg.

It was announced by Papa John’s last year that the NBA hall-of fame-center, sportscaster, and restaurateur, was joining the board as a way to attract some of the audience it had been losing in recent years. The move was also made to try and help rejuvenate the pizza chain’s image. It was reported by the company that O’Neal would invest in nine Atlanta area restaurants as he entered into a marketing agreement with the company and agreed to market and pitch the Papa John’s brand. The businessman was slated to receive around $8.25 million over the three years of the endorsement agreement.

However, O’Neal has only been in attendance to about 25% of the pizza company’s board and committee meetings over the last year, it was stated in a report last week by investment adviser Institutional Shareholder Services. Based on that attendance performance, Institutional Shareholder Services is asking investors to vote against O’Neal being re-elected to the position at the scheduled April 23 annual meeting, the only such recommendation among members of that board.

The company said in a proxy that O’Neal was unable to attend several board meetings due to prior business and broadcasting commitments made before he was appointed to the board, which couldn’t be rescheduled. The scheduling conflicts shouldn’t be an issue that will happen again in the current year Papa John’s said in the filing.

Despite his poor attendance record, O’Neal and his appearances in Papa John’s commercials have helped turn around lagging sales numbers.

The four-time NBA champion joined the Papa John’s board of directors early last year after the company’s founder and namesake, John Schnatter, resigned the previous year following reports that he used a racial slur during a company conference call and criticized NFL players kneeling in protest during an earnings call.