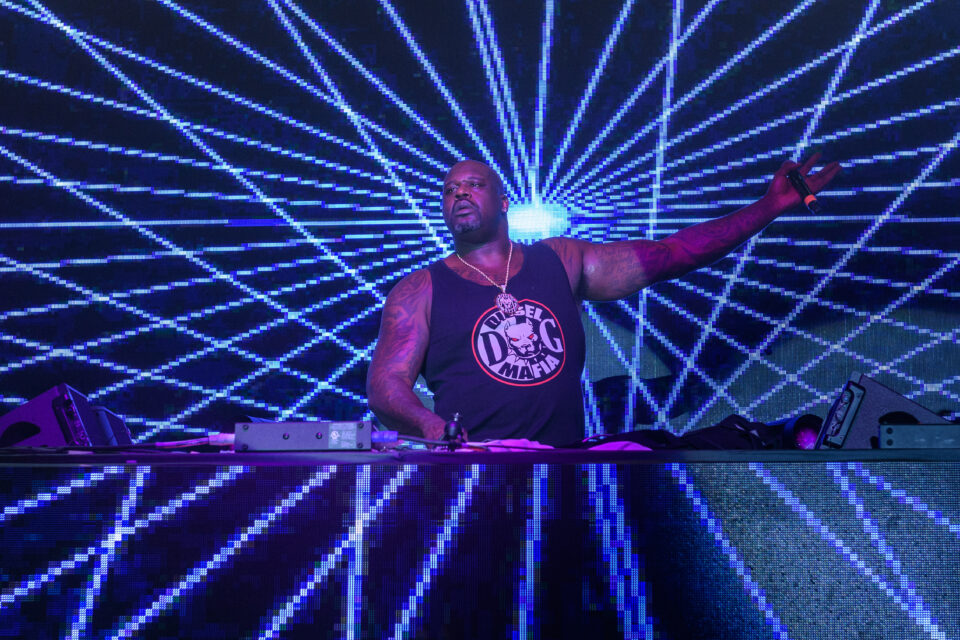 NBA Hall of Famer Shaquille O’Neal, otherwise known as DJ Diesel, has donated his  Buffalo, New York, $50,000 DJ payout to the family of one of the victims of the May 14 mass shooting.

With the “Summer of SHAQ” 30+ date tour underway, it was unclear whether the former Los Angeles Lakers star would cancel the show in the wake of the recent tragedy.

According to TMZ Sports, DJ Diesel went on with the event and blessed one of the victim’s families with his full fee amount. He performed at Buffalo RiverWorks in the heart of the city, alongside Shaq’s Bass All-Stars.

Prior to his tour, Shaq met with the widow and son of Aaron Salter Jr., the hero security guard who engaged the gunman inside the Tops Markets in an attempt to stop him before being tragically killed. In their meeting, the four-time NBA champion pledged his DJing paycheck to them.

During a Tuesday interview at the Governor’s Ball music festival with Sirius XM host Swaggy Sie, he made the announcement public.

“My next show is in Buffalo, and I’m going to donate my proceeds to some of the family members who had a tragic loss,” he shared.

With a background in law enforcement himself, three-time Finals MVP used to be a reserve sheriff’s deputy during his stint with the Lakers. Per the Bleacher Report, he held similar positions while in Florida, Arizona, and Virginia.

No stranger to spreading his wealth, Shaq raised $2 million in December for his Shaquille O’Neal Foundation, a charity that offers resources and pathways for underprivileged youth. The big bucks came thanks to the sale of unique and hilarious NFTs of himself.

The Shaq Gives Back NFT Project benefitting children through The @ShaqFoundation. #shaqgivesback

#9900 in SHAQ Gives Back NFT collection

In an interview on internet personality Gary Vaynerchuk’s podcast, The GaryVee Audio Experience, the NBA star revealed that his parents are to thank for instilling values of generosity and selflessness in him at a young age.