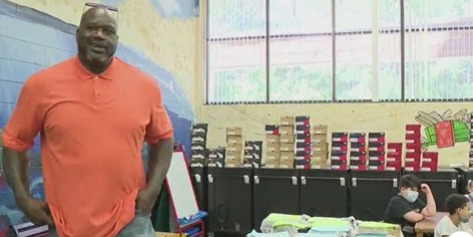 On May 22, WSB-TV reported that 100 students who attend Wesley Lakes Elementary School in McDonough, Ga., had an opportunity to meet former NBA star, Dr. Shaquille O’Neal, while also getting new sneakers. As a part of The Shaquille O’Neal Foundation, Reebok and Soles4Souls’ mission to distribute 500 new pairs of shoes to kids in need in Henry County by the end of the summer, the NBA analyst made a personal appearance for the celebration, according the report. WSB-TV also said that Soles4Souls told the news station that they have distributed over 61 million pairs of shoes in 129 countries, over the past 15 years. They were “ecstatic” about partnering with O’Neal.

“It’s all about the kids,” O’Neal said, according to FOX 5 Atlanta. “The two things that really hurt me this year were seeing 40 million people out of work, and I hate seeing kids who don’t have what they need.”

Additionally, FOX 5 Atlanta also said that organizers will distribute the remaining pairs of shoes to children in need over the summer. The station added that O’Neal helped provide gifts to children last Christmas with a toy drive in the Henry County area. The Shaquille O’Neal Foundation and corporate partners reportedly helped high school athletes and athletic programs impacted by the COVID-19 pandemic. WSB-TV added that O’Neal has a home in Henry County.

O’Neal invests in youth on an ongoing basis through philanthropic work. According to The Shaquille O’Neal Foundation’s website, the organization’s mission is to create “pathways for underserved youth, to help them achieve their full potential.” 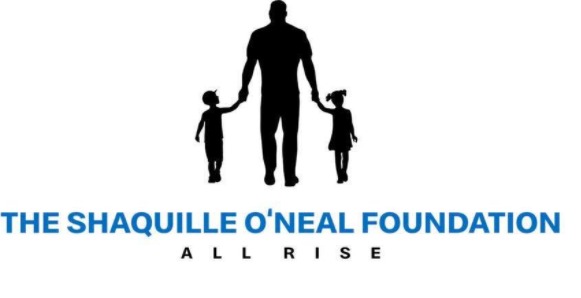 Building a highly capable team has been a part of O’Neal’s strategy to give back. Forbes also explained that O’Neal welcomed business leaders to the Shaquille O’Neal Foundation’s new board of directors. They include his uncle and agent, Mike Parris — and Jeanie Buss, the daughter of the legendary Dr. Jerry Buss.

“The greatest leaders are the ones smart enough to hire people smarter,” O’Neal said in the Interview. “We’ll put our resources together — and we’re definitely going to make a difference.”

O’Neal also told Forbes that this is the time to create something to build a brighter future for children.

“Our mission is just to help underserved youth by providing them with resources, and opportunities. You know, a lot of people, especially our kids, our children, don’t have that. These kids need somebody to look up to. They need stuff to do. And we want to provide that,” O’Neal said.