Shaq's Son, Shaqir O'Neal, Is Heading to Texas HBCU to Play Basketball and Change the Narrative 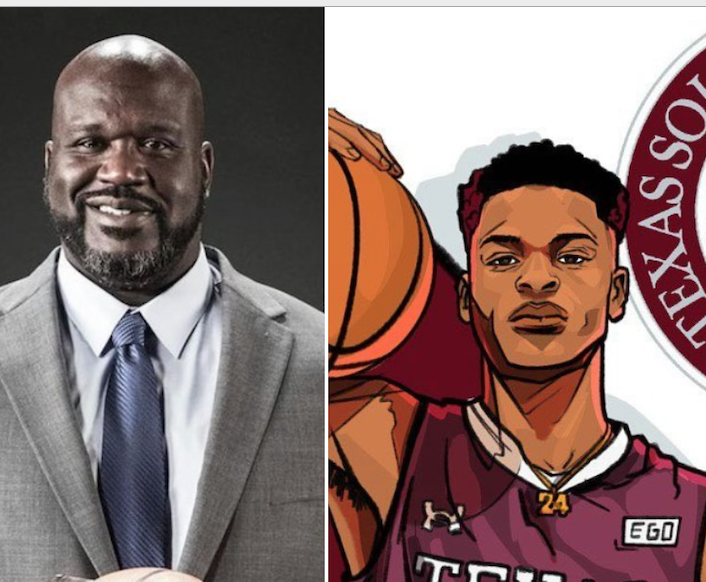 Shaqir O’Neal is joining a list of celebrity athletes across the country who have committed to the HBCU legacy. On Friday, the youngest son of NBA Hall of Famer Shaquille O’Neal announced that he will be heading to Texas Southern University.

“I just wanted to change the narrative of culture and do something new. A lot of people are going to follow me,” O’Neal said during an interview with Overtime. “You can expect a lot of buckets,” he said in the interview. “I’m trying to get to the league.”

The 18-year old shooting guard posted a photo in a Texas Southern University jersey to share the news with fans on his Instagram page.

Texas Southern University is located in Houston, Texas. It’s one of the largest HBCUs in the nation, enrolling over 10,000 students and offering over 100 academic programs. Founded in 1947, the school became the first state-supported institution in Houston. Notable alumni include Michael Strahan and Yolanda Adams.

Celebrity athletes have been drawing a lot of attention to HBCUs lately. In March, Master P’s son Hercy Miller announced his decision to play basketball at HBCU Tennessee State University after turning down offers from division one schools.

Shariq will not be the only O’Neal playing ball at an HBCU. His older brother, Shareef O’Neal, currently plays for the Louisianna State University (LSU) Tigers basketball team.

The Tigers are part of the NCAA’s Division I Football Championship Division (FCS). The team is a member of the Southwestern Athletic Conference with other HBCUs.

According to TSU Sports, Texas Southern men’s basketball team just won their ninth SWAC title and NCAA tournament. The team is led by head coach Johnny Jones. He was an assistant coach on the staff of LSU when Shaquille O’Neal played on the team. He became LSU’s head coach from 2012-2017 and now Shareef O’Neal is a forward for LSU.

Shaqir O’Neal is looking forward to starting the season and positioning himself for the NBA. He’s a shooting guard who graduated from Creekside Christian Academy in Georgia, ranking as a three-star recruit in the high school class of 2021, according to CBS Sports.