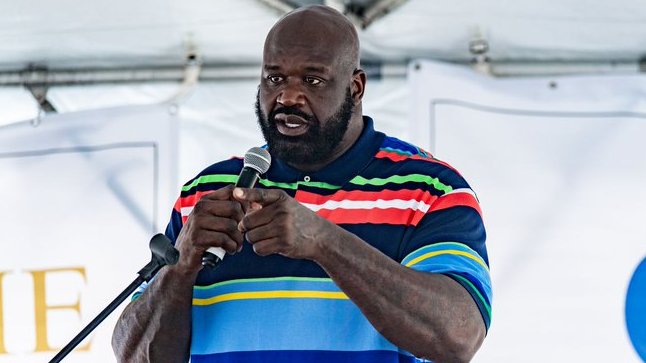 NBA Hall of Famer Shaquille O’Neal is known for his philanthropy and he has come through in a major way for his hometown of Newark, New Jersey.

According to NJ.com, an apartment tower being constructed in Newark is nearing completion. The 33-story apartment building is being developed by the former NBA player and TNT sportscaster.

O’Neal was in Newark for a “topping off” ceremony that took place in a tent at the base of the building on Monday afternoon. Also attending the ceremony was Gov. Phil Murphy, Newark Mayor Ras Baraka, brothers Wasseem and Sam Boraie, and their father, Omar, O’Neal’s longtime development partners.

Topping off a 33-story apartment tower, Shaq and his latest project loom large over Newark.https://t.co/rCK791wdr7

“People always say I never forget where I came from,” said O’Neal, who grew up in Newark’s Central Ward. “I’m not allowed because my mother has a sister, and her name is belt! And on the inside of the belt, it says, ‘I’ll whip your ass.’”

The development is named 777 McCarter, as it’s located on McCarter Highway near Newark Penn Station. The building will incorporate 370 studio, 1- and 2-bedroom apartments, where 20% of the units will be set aside as affordable units, which is mandated by the city. These units will be put aside for families earning up to 50% of the median income in the region.

The remaining units will be rented at market rate, estimated to be $2,000 to $3,000 a month depending on the number of bedrooms, said Wasseem Boraie.

Three years ago, O’Neal and Boraie Development built an $80 million, 22-story luxury apartment building. It is steps away from the New Jersey Performing Arts Center and the renovated Hahne & Co. building, which includes a Whole Foods and a restaurant by celebrity chef and Red Rooster Harlem owner Marcus Samuelsson.