Shaquille O’Neal Has a Solution to End the Feud Between D.L. Hughley and Mo’Nique 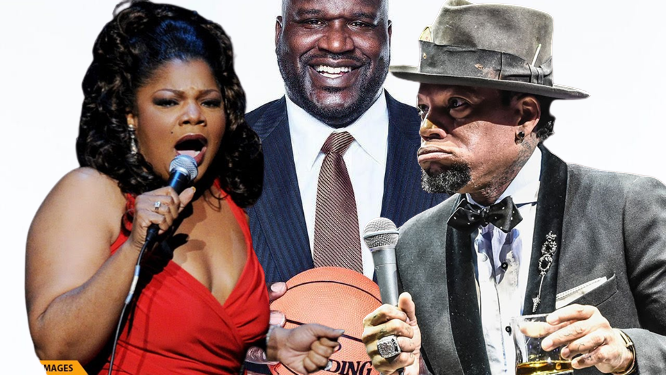 Legendary NBA Hall of Famer Shaquille O’Neal has weighed in on the Mo’Nique versus D.L. Hughley “feud” by suggesting what he feels would benefit both comedians and settle their beef.

On the latest episode of his podcast, The Big Podcast with Shaq, the gentle giant tells his co-hosts, Nischelle Turner and Spice Adams, “I have a solution. “

Offering to finance his solution, he tells the hosts, “I’ll put all the money up. We do a show. We call it ‘The Headliner ‘Let one go. Let one go next night or whatever. Put it together, sell it on DVD, and split the money three ways.”

“I’ll put the money up The Headliners.”

This beef between the two started many years ago and was brought to light when Mo’Nique thrashed Hughley on a show in Detroit where she allegedly was supposed to be the headliner.

According to USA Today, Mo’Nique openly shared that she signed a contract to be a headliner at the show and that D.L. Hughley declined to perform because she was the headliner.

During her opening, Mo’Nique walked across the stage lambasting Hughley.

“Y’all don’t understand the fight [I] had to go through to stand in front of y’all tonight.” the Oscar winner said. Mo’Nique shared with the crowd that she had issues with Hughley before. The comedian even insinuated that his moniker, D.L., refers to Hughley being on the down-low, which supposedly means he’s gay and hasn’t come out of the closet. Mo’Nique has since said it was just a joke.

Hughley, who is also pretty vocal, responded on Instagram.

“All you have to do is check the order of names on the ticket stub from last night and you’ll see who’s confused. Against my better judgment, over the objections of my team and 4 other occasions where I said NO, I decided to take a chance and work with Monique. Oprah was the problem, Tyler Perry was the problem, Charlamagne was the problem, Steve Harvey was the problem, Lee Daniels was the problem, Netflix was the problem… Now it’s MY turn. At some point it can’t be everyone else, I.T.’S YOU!! Lesson learned. I didn’t have anything personal against Monique… People paid a lot of money to laugh, not hear about your contract. Apparently, the role you played in PRECIOUS turned out to be an autobiography. I wonder who’s next…”

The two have gone back and forth as outsiders have taken sides and commented on the drama that seems like it won’t end. If Shaq is correct, then maybe the feud will end!