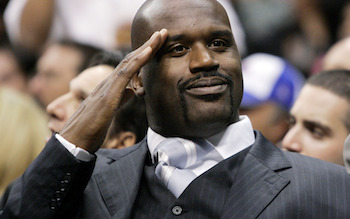 When you’re 7-foot-2 and need almost everything in the world custom-made to your liking, it may be hard to get rid of a 3,904 square foot home.

In the case of Shaquille O’Neal, nothing is really ever hard for the “Big Aristotle,” as TMZ Sports obtained official documents saying he sold his Orlando, Florida home for a cool $10.

Yves Paul Demesmin is the new owner of Shaq’s former estate, as O’Neal signed the deed on March 6, 2014. After completing the transaction, Demesmin now runs the five-bedroom, four-bathroom property, which Shaq originally bought in 2012 for $235k. The Haitian businessman who runs a tax service may have made a come-up, but let’s hope that the IRS doesn’t go sniffing around the deal.

The former big man has yet to respond to request for comment.