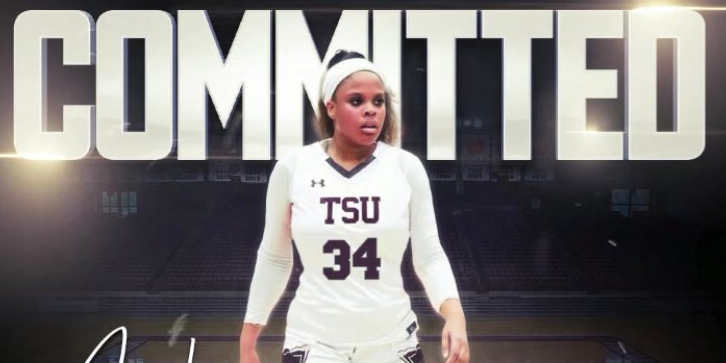 Shaquille O’Neal may be the first ex-NBA player to have a son and a daughter attend the same HBCU at the same time!

With a simple Instagram post with one line, O’Neal’s daughter, Amirah O’Neal, announced that she would be attending an HBCU, Texas Southern University.

“I see the doubt in they faces, they didn’t think I would make it, 🤟🏽” she wrote in the celebratory post.

The 19-year-old was previously playing for her father’s school at Louisiana State University (LSU). She is now joining her brother, Shaqir O’Neal, who announced his intentions to play for TSU this fall earlier this year.

According to HBCU Game Day, Amirah is a 6’1″ post player playing collegiate basketball under Hall of Famer Cynthia Cooper-Dyke. During this COVID-19 shortened season, the TSU woman’s basketball team went 5-10 last year but had enjoyed a 20-10 win/loss record the previous season.

Amirah won’t be the only O’Neal to be in the same building this upcoming season. Her younger brother had already committed to the Houston HBCU earlier this year. The freshman will be playing for head coach Johnny Jones, who used to coach at Shaquille O’Neal’s alma mater, Louisiana State University.

It looks like it may soon be a family business as Amirah’s younger sister, Me’Arah, is being recruited by other Division I schools. Maybe she’ll also end up at Texas Southern University to join her siblings.