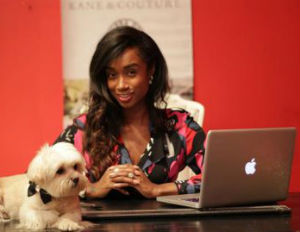 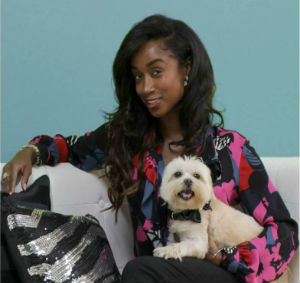 When her friends told her that she should apply to appear on ABC’s Shark Tank, Amber Lee Forrester figured why not? After all, the founder and CEO believed in her company, Kane & Couture, a designer of pet products and accessories, and could use the exposure and investment.

Shark Tank, a reality series where entrepreneurs pitch their products or services to a panel of potential investors, is often as brutal an experience for entrepreneurs as the show’s name implies. The “Sharksâ€ pick apart business models to expose flaws and often render harsh criticisms.

“I really wanted to walk away with having some sort of mentor,â€ she says.

New York City-based Kane & Couture’s product lines include collars, harnesses, leashes, apparel, carriers and accessories with an urban flair. “I figured even if I walk away and they’re able to lend some of their resources to the growth of the company, I come out on top–even if they don’t become partners.â€ On the show, Forrester went head-to-head with Kevin O’Leary, often the most ruthless of the “Sharks.”

Forrester, a native of Detroit, founded Kane & Couture five years ago. “I wanted a style that reflected the visual aesthetic that I like but for my dog,â€ she recalls. “I was in marketing and public relations before and I took my dog with me to events all the time. I would take plain hoodies and put appliquÃ©s on them and patches and people would say ‘Oh, my God, I love it. Where do you get it?’â€

OnÂ Shark Tank, Forrester was seeking $150,000 for a 33% stake in Kane & Couture. And while some of the “Sharks” were reluctant, Forrester managed to land an agreement where Lori Greiner (of QVC fame) and Daymond John (founder of FUBU) would jointly invest the $150,000 in return for 40% of the company. The deal is contingent upon the company reaching sales of at least $300,000. Forrester projects those sales objectives may be achieved by the end of the year.

Overall, appearing on the show was a positive experience, says Forrester.

“It was amazing. It gave me a tremendous amount of exposure,â€ she points out. “Also, as much as O’Leary wasn’t Mr. Wonderful to me, he polarized people and they wanted to support to prove him wrong. My exposure to the resources out there to grow my company is one of the most valuable things that I’m taking advantage of. ”

Next up for the company is a presence at the Global Pet Expo in Orlando, Florida. Forrester also says Ross Department stores is looking to place orders.