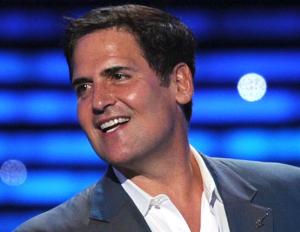 Entrepreneur, Dallas Mavericks owner, and Shark TankÂ ‘shark’ Mark Cuban, criticized the current crop of presidential candidates, writing that they appeared “technologically illiterate” and that their lack of technical savvy is not good for the country.

“It’s a problem that all the candidates appear to be technologically illiterate,”Â wrote Cuban in aÂ blogÂ post.

“This isn’t about the age of the candidates. It’s about their knowledge. None has given us any reason to believe they could make a decision on the technology used by a tiny business, let alone the country.”

He also wrote that using or not using email, or being on social is not a reflection of technical knowledge:

No one is saying they have to be hard core geeks, but the future of this country, our jobs, economy, security, culture, lifestyle and more are intertwined with advanced technology. How can you hope to strategize and create solutions to issues we face without having more than a basic understanding of technology ?

Cuban also posted his views on the economy and entrepreneurship. He also says the new economy model is a blend of socialism and capitalism and those who don’t realize this, “haven’t been paying attentionâ€:

Today, charitable giveaways, or inclusive hiring as part of a product or service purchase, is more than just common place. We see it on Shark Tank in almost every pitch from a 20-something entrepreneur.

According to Cuban, social media influencers hold more weight in swaying the vote and opinions than traditional political endorsements:

We are on the verge of Ground Game meaning not just what influencers you can get going door to door or calling their friends, but who will develop a FB, Snapchat, Instagram and Twitter following and push messages out.

Along these same lines, while we have seen some YouTubers during debates, we haven’t really seen any endorsements of candidates from big time social media influencers. IMHO, any candidate that wants to win the youth vote should be more interested in getting an endorsement from Nash Grier types than traditional political influencers.

Recently on ABC’s Shark Tank, Cuban invested $1.5 million with a 10% stake in the company Nexercise and its product, a fitness app called Sworkit. Nexercise was founded by two African American men, Gregory Coleman and Benjamin Young. Young is Black Enterprise’s 2015 “Techpreneurâ€ of the Year.