Shaun King: 'Statues of the White European They Claim is Jesus Should Also Come Down'

Black Lives Matter activist Shaun King caused quite the stir on Twitter after he tweeted that “statues of the white European they claim is Jesus should also come down.” In response, a number of social media users criticized King.

The recent spate of statues of historically known racists or those engaged in racist behavior being removed, toppled and/or desecrated, has caused King to also call for the removal of statues of a Euro-centric Jesus Christ. For years, the skin tone and color of Jesus have been in dispute based on the origin of his roots.

Experts have long since said this is likely the most accurate depiction of Jesus.

White Americans who bought, sold, traded, raped, and worked Africans to death, for hundreds of years in this country, simply could not have THIS man at the center of their faith. pic.twitter.com/Mn1pOCR233

According to History.com, “For many scholars, Revelation 1:14-15 offers a clue that Jesus’s skin was a darker hue and that his hair was woolly in texture. The hairs of his head, it says, “were white as white wool, white as snow. His eyes were like a flame of fire, his feet were like burnished bronze, refined as in a furnace.”

Yes, I think the statues of the white European they claim is Jesus should also come down.

They are a form of white supremacy.

In the Bible, when the family of Jesus wanted to hide, and blend in, guess where they went?

All murals and stained glass windows of white Jesus, and his European mother, and their white friends should also come down.

They are a gross form white supremacy.

They should all come down.

We can debate rather or not Jesus was real all day long. What I do know, is that white Jesus is a lie. And is a tool of white supremacy created and advanced to help white people use the faith as a tool of oppression. Also, they never would’ve accepted a religion from a Brown man. https://t.co/EDYDrJVlfR

If your religion requires Jesus to be a blonde haired blue eyed Jesus, then your religion is not Christianity, but white supremacy.

Christian whiteness, not white Christianity, has been the primary religion of this country for hundreds of years. https://t.co/eTQr3cWTHn 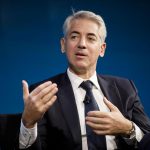 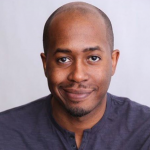