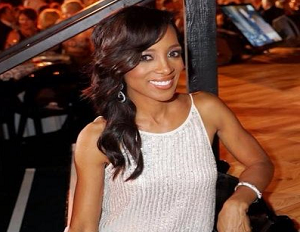 After 16 years with Access Hollywood, Emmy-winning journalist Shaun Robinson is leaving the show to focus on future development and production endeavors within the NBC family.

NBCUniversal Domestic TV Distribution has signed a development deal with Robinson’s production company, Robinhood Productions, Inc., which will give her the opportunity to develop and produce scripted and unscripted television projects across all of NBC’s domestic distribution division platforms.

[Related: Lester Holt Talks Diversity in the Newsroom and Obama’s Use of the N-Word]

“It’s been an extraordinary 16 years here at ‘Access Hollywood’ and I am going to miss all my friends here because we are truly like a family. Television has changed so much since I first sat at the anchor desk and it’s time to take my career to the next level,” said Robinson. “There are so many more opportunities awaiting me, both on-camera and as a producer. I’m extremely excited about creating fun and meaningful content through my production company, Robinhood Productions, Inc., focusing specifically on empowering women and girls about which I am so passionate.”

Robinson, who first joined Access Hollywood in 1999 is a Detroit, Michigan native and a graduate of Spelman College. In addition to hosting Access Hollywood, the award-winning journalist is an entrepreneur, philanthropist and author of the book Exactly As I Am, which focuses on teaching teen girls about self-esteem building.

Tuesday, June 30, will serve as Robinson’s last day on the show, with Access Hollywood airing a tribute to honor her amazing work.