Shaunie O'Neal: Inspiring Women to Build Together With 'Let's Talk About It' Events 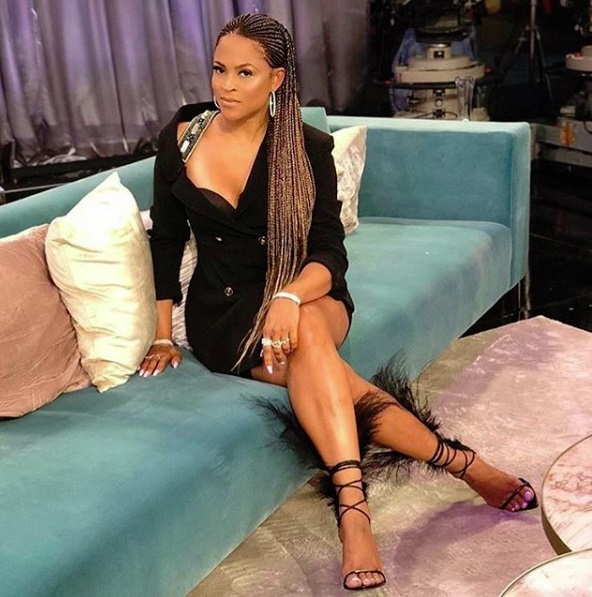 As one of the executive producers and stars of VH1’s Basketball Wives, Shaunie O’Neal often finds herself in the middle of a lot of drama, but that’s far from how things are in her personal life.

Currently, the super busy mother of five is putting a lot of effort into a series of empowerment events called “Let’s Talk About It,” which she hopes will inspire women to live their dreams beyond their circumstance. “Let’s Talk About It” will make stops all over the country, and feature a panel of phenomenal women such as Mielle Organics founder and CEO Monique Rodriguez, Single Wives Club founder Koereyelle DuBose, and TV producer Stella Bulochnikov, among others.

During a recent chat with Black Enterprise, O’Neal discussed “Let’s Talk About It,” her other television projects, and balancing family and career.

How the Idea for the “Let’s Talk About It” Events Emerged:

After attending a few events last year and actually sitting on a panel of an empowerment event, I felt they were still missing a few components that I thought would’ve been impactful and helpful to our audience. I felt like the women that were at this event wanted to hear more about our stories, how we reached the pinnacle of success, how we handle failure and fears, and how we juggle family and career since they both can be very time-consuming. One day, I was sitting in the car thinking and talking to a friend about how to touch the hearts, empower the minds of women, and on that day I decided I would commit to doing a multi-city empowerment tour.

The “Let’s Talk About It” empowerment series includes a range of topics from parenting advice, women’s health, entrepreneurship, self-esteem, love, and awareness. I want women to walk away not just empowered for that moment or that day, but ready to put whatever they learned into action. That’s something we don’t really do much, and I know a lot of people will say it sounds so contradictory to the show you have on TV.

Unfortunately, that’s not what good TV is to people nowadays. They don’t want to see too much good–you can sprinkle a little good in there, but they want to see some drama, tears, and fights and things like that. So, I think that’s what’s shown, despite some good being done, a lot of times it doesn’t even make it because that’s not what sells good television. But in my personal life, it’s so very important to me to do this–to do something that empowers other women because that’s who I am.

What She Hopes Women Will Take Away From “Let’s Talk About It”:

I definitely hope they will take away that we actually can work together, we actually can uplift each other, and it’s OK to compliment each other. It’s OK to share your knowledge with one another. We have an issue with hoarding things, you know what I mean? If I have a good attorney, I’m not going to let you use my attorney because my attorney got me some great deals, and I don’t want you to get them–that type of thing. I think we just gotta get out of that mentality, so I’m hoping that if five people sitting in that room got that message, then they can tell five of their friends, and we go to the next city, and the same thing can happen. Maybe it can just start to peel away at the BS that we deal with just as women working with each other, especially women of color. And I find that it’s not just women of color, but it’s just women, in general, being able to work together because I feel like men can do it so easy. They seem to be able to work together so much easier than we can, and we have to do better, and maybe this could be a start–a little piece of a start–of peeling away the BS.

Her Other Television Projects:

I’m constantly working on new stuff, selling new stuff, shopping new stuff–when I’m not filming, that’s what I’m doing. Now, we have the ‘Let’s Talk About It’ events that will start taking a lot of my time as well but, yeah, I’m still working on things from other reality shows, to scripted stuff, to TV movies.

You know, people ask me that all the time, and I just don’t have an actual answer. I really just push through. Sometimes I do get overwhelmed. I’ll just kind of sit and just be like, ‘Oh my God, how am I supposed to get all of this done?’ But in the back of my mind, I know I will, so it’s kind of like sometimes I’m just winging it. I know I have to accomplish 17 things in the next 24 hours, and I’m going to get it done, some way, somehow. I might be exhausted…and that’s another thing. I’m so wound up by the end of my day, that I usually don’t even go to bed to like 2 o’clock in the morning because that’s the time I get to calm it all down, and maybe finish some emails, and check homework and do stuff like that that I couldn’t do while I’m moving around the city. Like today, I had two interviews and two meetings, and I had to go order birthday cake, and take my daughter cupcakes for school for her birthday. Things like that, I just make it happen. I get myself a calendar, and I just make it happen. I don’t think there’s a correct answer, but you just push through.

This Millennial Publicist is Inspiring Others to Create Their Own Opportunities

FacebookTwitterYoutube
← This Millennial Publicist is Inspiring Others to Create Their Own Opportunities ← Taste and See: The BCA Global 13th Annual Food & Wine Experience
×
'