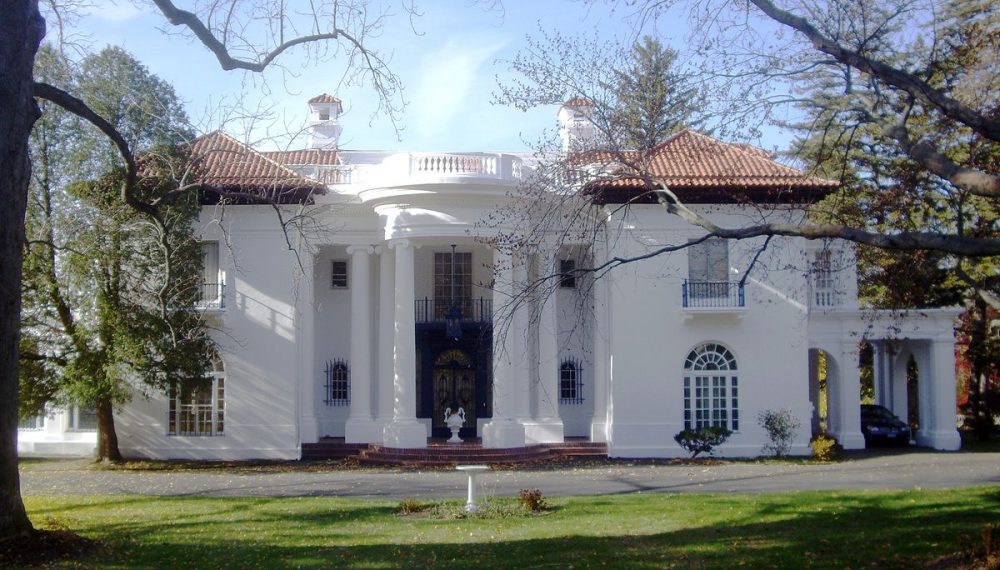 Dennis, the founder of Shea Moisture who started his nearly $1 billion business empire by selling soap in Harlem in the ’90s, helped facilitate the acquisition of the Villa Lewaro estate. The New Voices Foundation, an organization that Dennis founded to empower women of color entrepreneurs, will spearhead the stabilization of the structure and planning for future use, according to a press release.

Dennis recently told Essence that he plans to convert the 28,000-square-feet residence into a “learning institute, or think tank, to foster entrepreneurship for present and future generations,” geared to help women entrepreneurs of color. The amount of purchase was not disclosed.

Born as the daughter of slaves, Walker made a fortune selling haircare products for black women in the 19th and 20th century, becoming one of the first self-made women millionaires in U.S. history. She built her Italianate villa-style mansion in Irvington, an affluent suburb north of New York City, in 1917. She contracted Vertner Woodson Tandy, the first licensed black architect in New York state, to design it. The home is where she hosted notable black dignitaries like W.E.B. Du Bois, Langston Hughes, and Zora Neale Hurston.

Following Walker’s death in 1919 at 51 years old, her daughter left the estate to the NAACP in 1931. The civil rights organization, however, sold it during the Great Depression to help offset their financial burden. The property had several other owners over the next few decades. It was also declared as a National Historic Landmark in 1976.

“It is a place where—against all odds—dreams were formed, visions were realized and entrepreneurs were born, and we look forward to returning its use to support that mission,” Dennis said in a statement.

It’s not the first time that Dennis has worked with the Walker family. Back in 2013, he acquired and then relaunched the Madam C.J. Walker brand. Walker’s great-great-granddaughter, A’Lelia Bundles, said that she was excited to partner with the Dennis family once again.

“No one at the time believed that a black woman could afford such a place. So, I can think of no better way to celebrate Villa Lewaro’s 100th anniversary than the vision of the New Voices Foundation and the Dennis family for this historic treasure as a place to inspire today’s entrepreneurs, tomorrow’s leaders, and our entire community,” Bundles said in a statement, reports Essence. “Richelieu’s own success story—from a humble family recipe to an international enterprise with an economic empowerment mission—very much mirrors Madam Walker’s journey of empowering and uplifting women.”

Since selling Sundial, the umbrella company that manufactures Shea Moisture and Nubian Heritage, to Unilever in 2017, Dennis has used his gains to invest in black women.

In 2017 he launched Essence Ventures L.L.C, a company focused on building content, community, and commerce for women of color. Early last year, the company acquired Essence Communications Inc., making Essence magazine a 100% black-owned independent company, after 12 years of being owned by Time Inc.

In July, Dennis officially launched a $100 million investment fund for women entrepreneurs of color at the 2018 Essence Festival. “I’m proud to say that we get to officially launch the $100 million New Voices Fund for women of color entrepreneurs here at Essence Festival this weekend,” Dennis said at the press conference. “Over the past six months, we have already either invested in or committed to, over $30 million in black women entrepreneurs.”

Editor’s Note: This article was updated Jan. 11, 2019 to clarify that Richelieu Dennis helped facilitate the acquisition of the  Villa Lewaro estate.