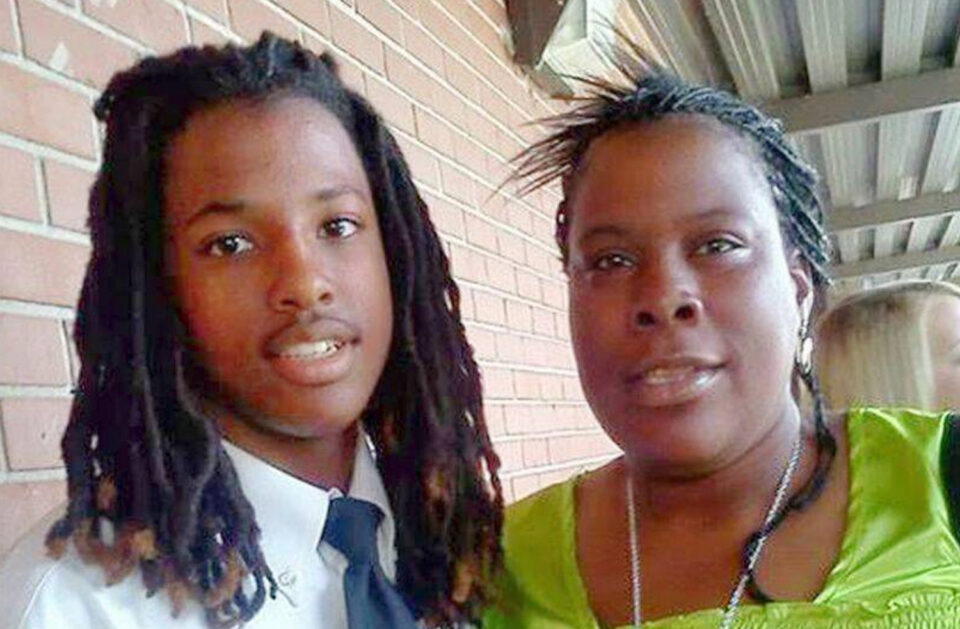 The family of Kendrick Johnson has continued to advocate for justice for the 17-year-old nearly 10 years after his body was found rolled up inside of a gym mat at Lowndes County High School in Valdosta.

Johnson’s family has always suspected foul play, but authorities insist the 2013 death was accidental, while a three-year federal probe found no definitive conclusion about how the teenager died, the Atlanta Journal-Constitution reports.

Last week, the Lowndes County Sheriff’s Department issued a 16-page report shared by the New York Times stating there was no evidence to show that anyone else was responsible for Johnson’s death. But on Saturday, Kendrick’s mother, Jacquelyn Johnson, and her family came together in downtown Valdosta to protest the findings of Lowndes County Sheriff Ashley Paulk.

As a result, Paulk has offered $500,000 of his own money for any information leading to an arrest or conviction into Kendrick’s death, People reports.

“After the release of my synopsis of the federal files on the Kendrick Johnson case, his parents have called me a liar and continue to state that Kendrick was murdered,” Paulk wrote.

“Because of these statements, I am personally — with my own funds — offering a reward of one-half million dollars … to anyone who comes forward with information that results in the arrest and conviction of a person for the alleged murder of Kendrick Johnson at Lowndes County High School.”

Kendrick’s family believes the teen was murdered by three classmates, two of the alleged killers being brothers and sons of a former FBI agent. The Johnsons conducted their own independent autopsy, which determined Kendrick was a victim of foul play. Johnson’s family insists Lowndes County officials covered up the teen’s killing in support of the former FBI agent.

Lawsuits had been filed after Kendrick’s death, but they were all dismissed. Last year, Paulk, who was not in office at the time of Kendrick’s death, decided to reopen 17 boxes of evidence to shut down any myths about the teen’s death.

“I’m going to fight this fight because, at the end of the day, that’s my child that’s in the grave,” Jacquelyn told People in October.

During their weekend protest shared on Facebook Live, Jacquelyn doubled down on her plans to keep her foot on the necks of the Lowndes County officials.

“They can always try and do what they want, but I’m going to stay in their face,” Jacquelyn said.