It's About Time! Sherman Hemsley's Will Is Valid, Judge Rules 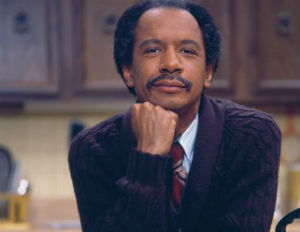 The burial of Sherman Hemsley, the actor most famous for his role as George Jefferson on “The Jeffersons,” has been held up due to a heated fight over his will. But aÂ judge has ruled that the will is valid and burial plans can move forward, according to the Associated Press.

Judge Patricia B. Chew sided Friday with Flora Enchinton Bernal, who was named in Hemsley’s will as the executor of his estate. Chew upheld the validity of his will and granted Enchinton “the authority to dispose, I shouldn’t say dispose, to proceed with the remains of Sherman Hemsley in a manner as she wishes.â€

DNA tests showed Friday that 78-year-old Richard Thornton is Hemsley’s half-brother. He wanted to bury his brother at a veterans’ cemetery in Philadelphia, where Hemsley grew up.

Thornton’s attorney, Mark Davis, said afterward that he would seek an immediate stay of Chew’s ruling to prevent the burial from taking place. He said they will eventually appeal.

Hemsley died in July from lung cancer at the age of 74.