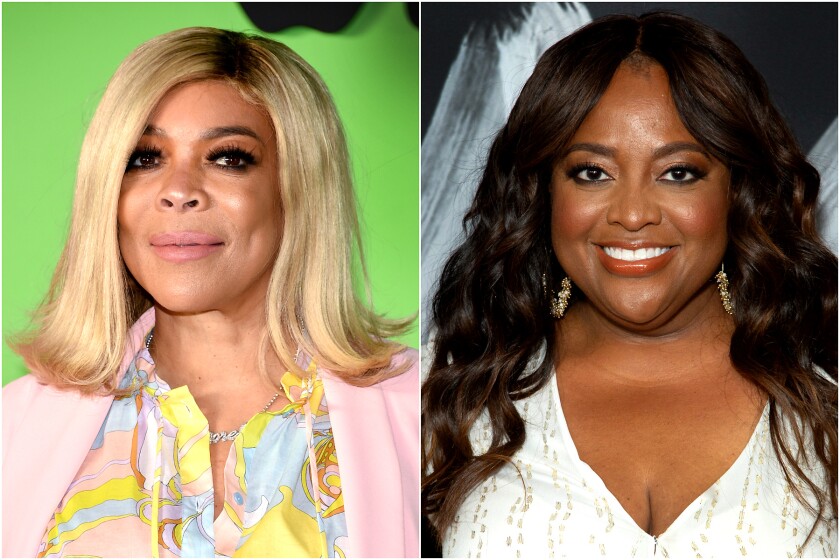 Imagine being a guest on the show of the person who replaced you. That could be the case if Sherri Shepherd gets her way.

After being named the host of the new talk show replacing The Wendy Williams Show, Shepherd revealed her hopes of having Wendy as a guest on Sherri.

Shepherd is currently the permanent guest host on Williams’ daytime talk show amid her hiatus and is set to take over the throne when her talk show premieres this fall. When asked if she would want Williams as a guest on her upcoming show, Shepherd said “of course.”

“I’m thankful because if it wasn’t for Wendy, the eyes wouldn’t have been on me. I’m so thankful to her. We’re all praying for her.”

She admits to not having a personal relationship with Williams that warranted a conversation since taking over her post.

“It’s not like everybody thinks that in Hollywood, we all have each other’s phone numbers,’ Shepherd explained. “Wendy knows me because I’ve sat in as a guest and I guest hosted for her two years ago. So it’s not like she doesn’t know me but we’re not friends. I am glad that she trusted me when they asked if I could come in and trusted that I could do it.”

In addition to having Wendy as a guest, Shepherd shared the lineup of first-week guests she’s hoping to have.

“For the first week, I am wondering what Oprah is doing? I want to know what Idris Elba is doing and if his wife could part with him for one hot minute,” she said.

“Come on, Regé-Jean Page. Hey, Method Man! I want him to come on. ‘Michelle Obama, we’re both from Chicago. Are you and your husband doing anything that week?’”

Sherri Shepherd sounds like she’s ready to rise to the occasion.