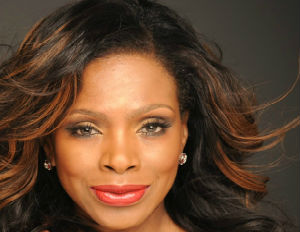 Actress, singer, author, and HIV/AIDS activist Sheryl Lee Ralph is no stranger to maintaining a successful career–particularly a positive one that has had a positive impact on the African American community. In 1981, she won the hearts and souls of fans with her theater debut, playing the role Deena Jones in the Broadway musical Dream Girls, and was nominated for a Tony Award for Best Actress.

During the 1990s she co-starred with Eddie Murphy inÂ The Distinguished Gentleman and landed several other movie roles in The Flintstones,Â Deterrence, andÂ Unconditional Love. She’s also nabbed a variety of roles on several hit TV shows, including Moesha, Tyler Perry’s House of Payne (2011), and currently has a role onÂ Instant Mom (2013). But beyond the glitz and glamour of Hollywood, Ralph has also maintained a commitment to HIV/AIDS awareness with her nonprofit organization,Â Divas Simply Singing, which is the longest consecutive running musical AIDS benefit; approaching its 25th anniversary.

So, if you are looking for some advice on how to make your career last, Ralph knows more than a thing or two about career longevity. BlackEnterprise.com caught up with Ralph to get a few tips for staying true to yourself.

BlackEnterprise.com: When you first entered the film industry, what vision did you have for your life?

Ralph: Right now I see my vision for my life coming true. At times I wanted to be bigger and maybe more brilliant. Of course, sometimes I’ve thought, ‘how come I didn’t turn out this way? Maybe I should have been like Angela Basset or Viola Davis.’But I live in the moment of practicing what I preach and that is: Never wish for [what] anybody else has and know that if you’re doing the work in your life, God put you exactly where you are supposed to be; doing what you are supposed to do. You have to work from that place to get to the next level. I believe my life has turned out the way God intended it to be. I have a husband who’s happy; my children are healthy and graduated from college. I didn’t think I’d be married twice but no matter what happened the first time, I have two incredible children; nobody but that first person could have given them to me. So it was the walk I was supposed to take.

How have you remained true to yourself and landed roles which portray women in a positive light?

It’s about my choices. It’s about knowing yourself, your bottom line; what you will and will not do. When I live my life, I’m not living my life just for myself. I’m living my life for the people that raised me. I’m living my life for the church that I went to and for the community that I lived in.Â  How would those people that poured knowledge into me feel when they looked at me on the TV? How would they feel when they heard me speak? Would I be a good representation of the time they spent nurturing me? That’s how I was raised. So the whole idea of me not being a good representation for my people, or where I came from, forced me to make good choices throughout my career.