She's Back! Simone Manuel Flexes Her Swimming Skills At The Last Minute, Heads To Tokyo Olympics

Swimmer Simon Manuel will be going to the Tokyo Olympics, after competing in the women’s 50-meter freestyle final, and managing health concerns. Twitter photo credit - @swimone

There’s going to be so much Black Girl Magic at the Tokyo Olympics this summer. Olympic gold medalist, Simone Manuel, has made the cut and joins the Olympic USA Swimming team.

Manuel, 24, qualified to head to the Tokyo Olympics after competing in the women’s 50-meter freestyle final. Her head-turning accomplishment was made just a few short days after sharing her health challenges, according to USA Today’s report.

Manuel got her mojo back and beat Abbey Weitziel in the women’s 50-meter freestyle.

“When I touched the wall, I literally was, like, ‘Please, God, please,’ and then I turned to my right and saw Abbey shooting over the lane line and I said I at least got first or second,” Manuel said in the interview with Houston Chronicle. “Then to turn around and see the first place was amazing. I had to sit back and just say ‘thank you, God,’ because I wouldn’t have made it here without the strength that he has given me to continue on this path.”

Manuel is a faith-filled swimmer who proves that adversity can build victorious strength.

13 News Now added that Manuel is a notable history maker, not a novice. The swimmer was the first Black woman to win an Olympic gold medal in swimming at the 2016 Rio Olympics. She previously won two gold and two silver medals in Rio.

Last March, Manuel failed to qualify for the Olympic trials because of overtraining, according to the Detroit Free Press. The swimmer needed to give her tired body a break because of sore muscles, sleeplessness, and feeling depressed or anxious, the outlet reports.

“I had moments where I didn’t even want to go to the pool because I knew it was going to be bad,” 13 New Now reported. “It was an uphill climb once I got back into the water. That was hard because I love this sport.”

“More than anything I’m relieved just to be back on the team,” Manuel said, “and having another opportunity to swim for Team USA is just a blessing.” 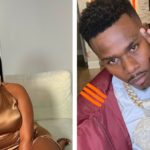