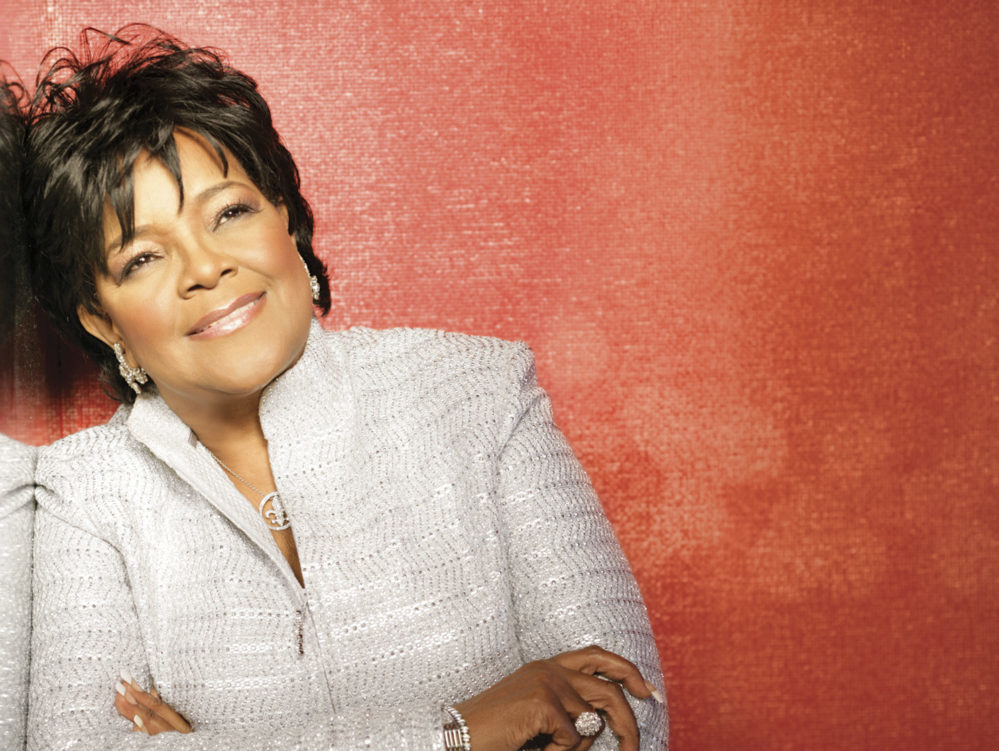 A couple of weeks ago, a friend of DJ Suede, also known as “the Remix God,” sent him a video clip of traditional gospel music legend Pastor Shirley Caesar’s 2007 remake of her 1988 classic “Hold My Mule.” Suede, an Atlanta-based mixer with an Instagram following of almost 100K, has said that he’ll remix anything. Since his mom was also a big fan of the 11 time Grammy Award-winning artist, he just remixed the song for fun, posting it online with the tag, “Grandma, what are you cooking for Thanksgiving?”

That intoxicating hip-hop music mashup has now become the viral success story of the season. It was even referenced during this year’s American Music Awards telecast, and pushed “Hold My Mule,” a song recorded long before Billboard started compiling gospel song charts, into the No. 1 spot onÂ this week’s Gospel Streaming Songs chart, thanks to over 800,000 streams within the last week. It’s the song’s first time on any national chart.

In the original song, Caesar tells the story of an 86-year-old man named Shouting John, who joined a church that didn’t believe in dancing and speaking in tongues. John was kicked put out of the church for shouting too loudly during the sermon.

He countered his ouster with a testimony that God had blessed him as a farmer.”Look!” he shouted. “I got beans, greens, potatoes, tomatoes, lambs, rams, hogs, dogs, chickens, turkeys, rabbits … you name it!” (See the 5:45 mark in the YouTube video above.) That line became the foundation for Suede’s “You Name It! ” remix.

“It was just a song,” Suede told Big Tigger, on Atlanta’s V103 radio station. Then, on November 13, R&B star Chris Brown reposted the song with his signature choreography with the hastag #UNameItChallenge on his Instagram page. It has since racked up over 2.3 million views on Brown’s page, motivating thousands of people to share it and to answer the challenge with their own video dance responses.

Initially, some observers wondered if the 78-year-old Caesar, who was a hardliner in her younger days about the separation of gospel and mainstream music, would object to the viral video. However, she’s in nearly full support of this new incarnation of it.

Caesar told TMZ.com that she doesn’t like”all the gyrations” in many of the videos. “I can even put up with the dancing, but all of the shaking, and the twerking, and all of that–I just want everybody to know that I’m a gospel singer. I’m a born-again believer. I’m a pastor, and I don’t ever want anything, not anything, to bring a [negative] reflection on what I stand for,” she said.

Caesar, who has appeared on The Wendy Williams Show and done scores of other media interviews over the last few days, is taking full advantage of this early Christmas gift, for the sake of ministry. Her management team has erected a website www.UNameItShirley.com, with merchandise such asÂ Â mugs, aprons, t-shirts, and hoodies bearing her now famous quote.

“So many folks expressed concerns that others were selling goods not connected to us,” Caesar posted on the site. “We plan to pick various ministries each week to make sure donations are made to feed folks ‘greens, beans, potatoes, tomatoes, lamb, ram–you name it,’ and to help our ministry as well.” She told Williams that she’d like to donate some of the proceeds to St. Jude Children’s Hospital in Memphis, TN and to charities in Haiti, where natives are still trying to bounce back from the devastation of Hurricane Matthew last month.

“Our audience calls in every day to talk about the song on our morning show,” says Justin Francis, founder of SOAR Radio, a Nielsen BDS-monitored Internet gospel station. “People are really excited for Pastor Caesar to receive this sort of visibility and payday at her age. She’s paid her dues for decades and has been a great ambassador for gospel music, so to see all of these mainstream outlets showing her love is a very cool thing.”

Since Caesar wrote “Hold My Mule” and owns the copyright to the recorded master that’s circulating in cyberspace as a “sample,” she stands to make money from it in a variety of ways. She can collect for radio airplay for both the original version and the “U Name It!” remix via SESAC, which administers her song catalog. She will also earn revenue from Sound Exchange, which pays recording artists for digital and internet performances of songs. Lastly, there will beÂ traditional mechanical royalties on the sales of both the original song and the remix that hit the Top 100 on the iTunes Hip-Hop digital sales chart this week, as well.

“A song that goes viral like this can generate upwards of $250,000, with master ownership in the equation,” says Ted Winn, founder of Veracity Â Entertainment, which administrates the catalogs of songwriters. If a song gets picked up for use in a television commercial, that can be yet another source of income from it.

The version of “Hold My Mule” that’s getting all the buzz hails from Caesar’s album After 40 Years: Still Sweeping Through the City,” whichÂ Â is currently out of print and not available digitally–but that may soon change. Sales of Caesar’s latest album, Fill This House, and her back catalog have jumped considerably, as a result of the new attention on the artist. Additionally, she received a star on the Hollywood Walk of Fame earlier this year.

In spite of all the Hollywood’s hoopla, Caesar will still be in the pulpit, preaching Sunday mornings at Calvary Word of Faith, in Durham, NC–just as she has done for the last three decades. Because, for Caesar, it’s not about fame; it’s all about the ministry.