Shocking: Bronx Gunman Recklessly Open Fires On Man Who Shields Himself With Children 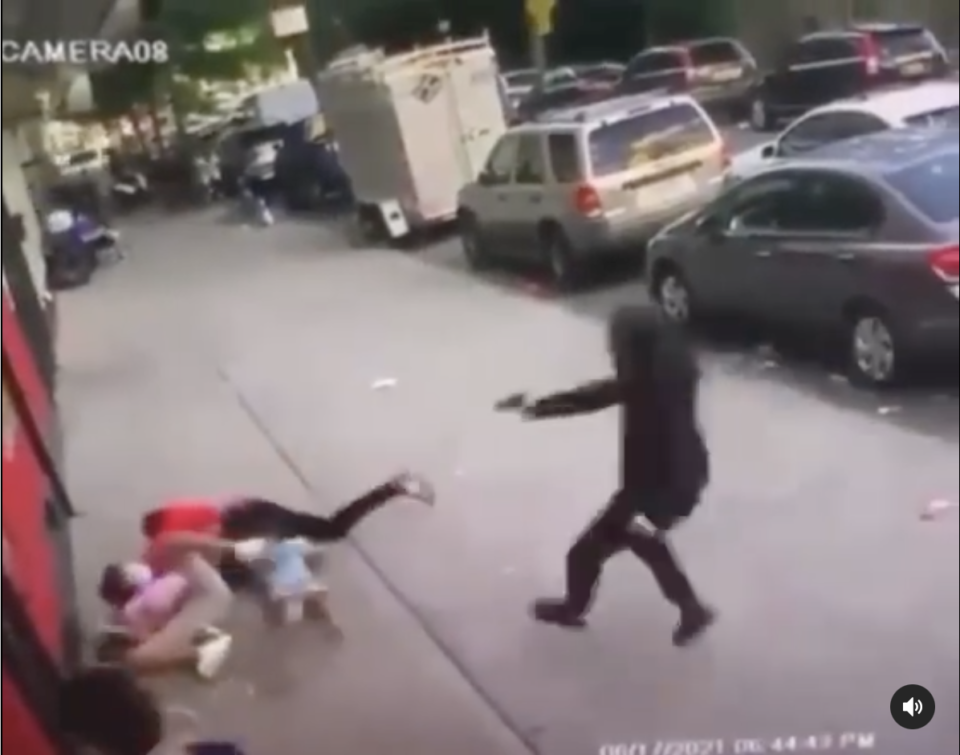 On Thursday, a gunman opened fire around two children while chasing a man, then fleeing the scene. Now, the New York Police Department is looking for the assailant and his associate connected with the Bronx shooting.

The 24-year-old victim survived the ordeal, having been brought to an area hospital, CNN reported. However, what is most concerning was the proximity and reaction of a 10-year-old girl and a 5-year-old boy, who almost witnessed a stranger’s death–and possibly could have been killed themselves.

Related stories: Man Goes On Shooting Spree To Kill White Men Who Had ‘Taken From Him All His Life’

According to NYPD Detective Arlene Muniz, the children are physically OK and none were shot. The children are not related to the victim nor the suspect, and the shooting is said to be gang-related.

Surveillance video shows the victim running down the sidewalk away from the gunman before bumping into the children. Laying on the ground, the victim stumbles to get up and move. He was struck in the back and both legs, ABC News reported.

The children were inches away from getting shot as they held each other in their arms.

The victim is said to have an extensive criminal background and may have used the children as shields.

The gunman fled the scene of the crime, hopping on board a scooter operated by a second individual, according to the New York Police Department. The victim was brought to an area hospital and is now in stable condition, the NYPD said.

The two children, a 10-year-old girl, and a 5-year-old boy were not shot and were not brought to the hospital, according to Detective Muniz. An NYPD spokesperson told CNN Saturday the children are family members but are not related to the victim.

Gun violence in NYC has seen a surge: 386 shootings took place in 2020, and there have been almost twice as many shootings midway into 2021 at 634.