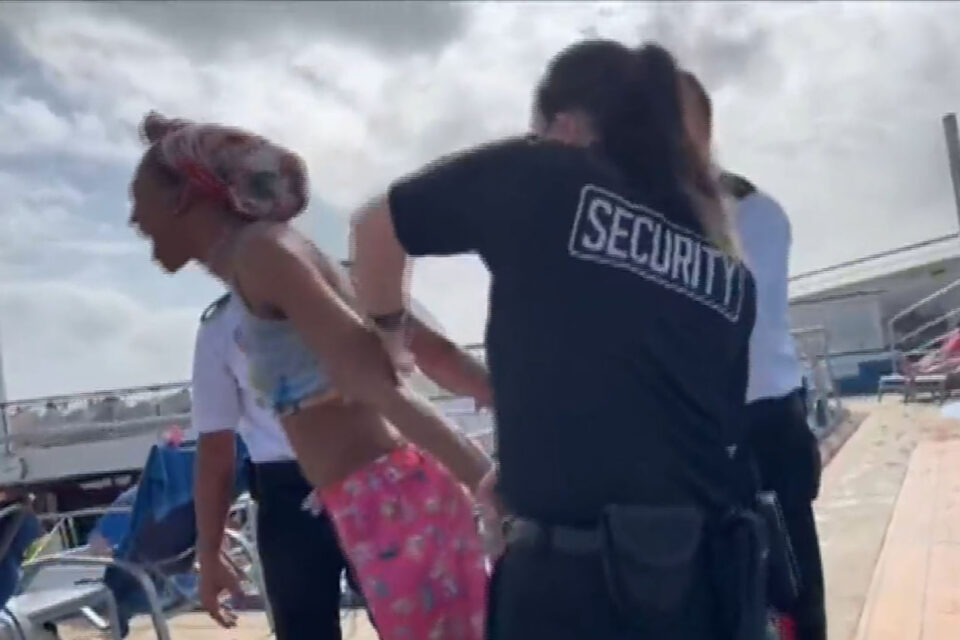 The Coast Guard has reportedly suspended the search for a woman who jumped from the 10th floor of a Carnival cruise ship into the Gulf of Mexico.

The Carnival Valor was docked in New Orleans after a 32-year-old woman was seen in video footage jumping overboard into an open body of water, Fox 8 Live reports. The incident occurred around 2:28 p.m. on Wed., Feb. 16, approximately 150 miles offshore Southwest Pass, Louisiana.

Cell phone video of the incident obtained shows three security guards holding the woman’s arms behind her back as she gets up and screams the name “Alicia.” Guards are seen helping the woman up a flight of stairs and off the pool deck before the following clip shows guards throwing down life preserver tubes after the woman apparently jumped off the ship.

JUST IN: New cell phone video shows the moments before and after a woman was held by security and jumped from a Carnival Valor balcony: https://t.co/SA68KjjVP7 pic.twitter.com/Bqf455Usnj

It remains unclear when precisely the woman jumped and from what location on the boat. Eyewitnesses say the woman hit the side of the ship before hitting the water face first. Passengers say the woman disappeared soon after the life preservers and a flare marking her position were tossed into the water.

Photos show an empty life preserver floating in the water off the ship’s side. The ship remained in the area and circled for hours, trying to locate the woman. Around 5:37 p.m., the Coast Guard suspended the search.

“The decision to suspend a search-and-rescue case is never one we come to lightly,” said Chief Warrant Officer Tricia Eldredge, Command Duty Officer at Sector New Orleans. “We offer our deepest sympathies to the family during this difficult time.”

A Carnival Cruise Line spokesperson confirmed that the woman jumped from her balcony and was not in handcuffs when going overboard, KKTV reports.

Carnival’s Care team is working with the woman’s husband and family as they mourn her disappearance.