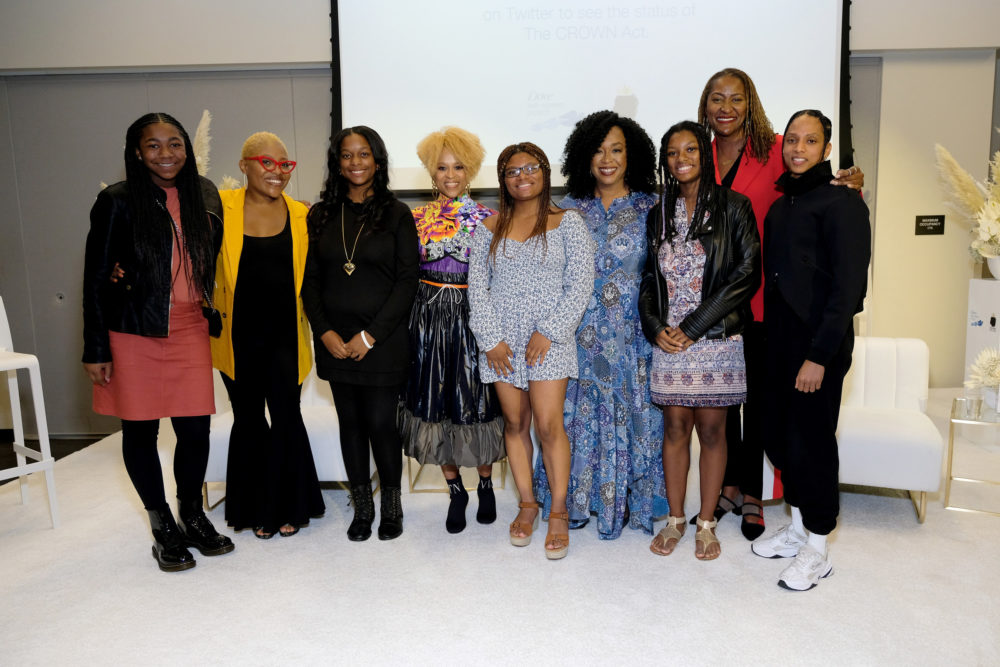 On Oct. 4 in Englewood Cliffs, New Jersey, the Dove Self-Esteem Project collaborated with award-winning television producer Shonda Rhimes, to host a town hall discussion along with a workshop to help policymakers, school administrators, and students understand the issues of hair discrimination in schools as well as its impact on the self-esteem of students.

Girls around the world are faced with daily obstacles that could dampen their self-esteem and prevent them from really exercising their full potential. A good portion of those obstacles come from racially-charged school policies. For young black girls, these policies usually punish them for their natural hair, which can understandably make them feel shame.

As Rhimes pointed out at the event, “It feels like every day, there’s a new headline about a black girl being bullied or sent home from school because of the way she wears her hair—impacting not only her education but her self-image. It’s time to take a stand.”

The Dove Self-Esteem Project held its event in which over “100 students and school administrators from across the country to a town hall, bringing together those most affected by hair discrimination alongside policymakers to drive actionable change for a more equitable future” according to a press release.

The town hall was moderated by Dove Self-Esteem educator Dre Brown and featured speakers like Sen. Holly J. Mitchell, who introduced Senate Bill 188 that banned hair discrimination in schools and the workplace in California, Janaya Khan who is an activist and program director of Media Culture & Economic Justice at the Color of Change organization, and Esi Eggleston Bracey, the COO and EVP Unilever Beauty and Personal Care North America

Rhimes says it’s time to help young black girls to become proud of their natural hair and combat discrimination of black hair in schools. “We need to put an end to hair discrimination—but we can only do it together.”