96 Percent of NYC Shooting Victims Are Black Or Latino 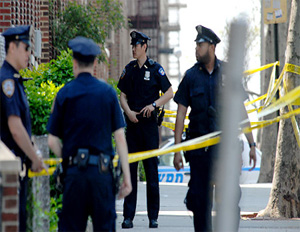 From the NY Daily News

According to statistics released by the NYPD, the majority of crimes committed in the New York City area are in minority neighborhoods, and they are high!

Statistics for shootings, murders, and felonies are over 80% in each category. These crimes are typically committed by minorities towards other minorities.

Statistics show that 96% of shooting victims, 89% of murder victims and 81% of felony victims are part of a minority group (either black of hispanic). 97% of all those pulling the trigger, 86% of murder suspects, and 88% of felony suspects are also part of that minority group.