Shoplifter Dies After Being Tackled By Walmart Workers 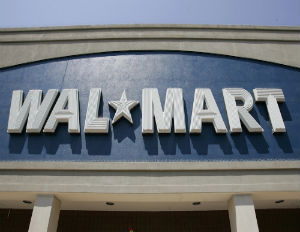 An alleged shoplifter died early Sunday morning after being run-down by Walmart workers outside a Lithonia, Georgia Walmart according to the Atlanta Journal- Constitution.

The middle-aged man allegedly took two DVD players from the Walmart at 5401 Fairington Road around 1:30 a.m. He exited through the front door, but was stopped by the three Walmart workers in the parking lot where a “physical altercationâ€ tookÂ place, according to the police report. The security guard working for Walmart is said to have placed the man in a choke-hold.

When police arrived, they found the three Walmart workers on top of the man. An officer who handcuffed the suspected shoplifter saw that the man wasn’t moving and ordered the employees off. Police found the man to be unresponsive and bleeding from his nose and mouth. Emergency units responded and transported him to DMC-Hillandale Hospital, where he was pronounced dead.