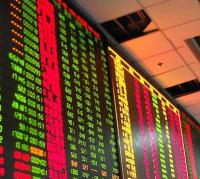 In a recent blog, I mentioned a rather provocative question we received from Craig Farmer, a reader from Philadelphia. He wrote: “Should African Americans invest in stocks in order to prop up the market and make President Obama look good?â€ In the previous write-up, I made passing reference to Farmer’s query, but didn’t give it the full treatment it deserves. So, here goes:

It wasn’t that long ago that we all huddled around the closest television set or braved one of this winter’s coldest days in Washington to watch Barack Obama stride down Pennsylvania Avenue. Along with the great international fanfare, talk of reconciliation (both racial and political) was all the buzz. But, here we are less than 60 days later, and Obama is being blamed for an economic crisis and market collapse that were decades in the making. A recent BusinessWeek article posed the the question “Did Obama Cause the Stock Slide?â€ In trying to make sense of the president’s proposed budget and tax policies, CNBC commentator Larry Kudlow recently penned a piece under the headline, “Obama Is Declaring War on Investors, Entrepreneurs, Businesses, and More.â€ Those who supported Obama during the campaign are probably wondering what they can do to help. In that context, Farmer’s question makes perfect sense.

My answer is complicated. So, I’ll divide it into four parts:

1. Never invest for any reason other than to build wealth for you and your family. I know this sounds like a cold-hearted capitalist response. But investing in the financial markets requires you to cast rational judgment on the strength and viability of the companies and entities to which you are entrusting your savings. Those decisions must be made without loyalty to any industry, company, nation, or even racial group. The best reason to invest right now? Share prices of many good companies (when you compare current valuations to future earnings potential) are low. There’s a sale going on. Aside from that, there are other ways to exercise your sense of obligation to African American causes through charity and support of local black businesses–which Black Enterprise heartily encourages. There are also, of course, ways to express your political beliefs by way of political party contributions. Your investment portfolio, however, is no place for those expressions.

2. African Americans make up 13% of the U.S. population and (unfortunately) an even smaller portion of investors. According to a recent annual study by Ariel Capital and Charles Schwab, 62% of black households earning more than $50,000 a year own stocks and mutual funds, compared to 82% of white homes of equal economic status. African Americans, therefore, can’t “prop upâ€ the financial markets.

3.Â  The stock market won’t be the best way to gauge Obama’s performance. As of the time of this writing in early March, the Dow Jones Industrial Average is continuing a downward slide that began in the Fall of 2007. The markets are an interesting barometer of