Should The LA Clippers' Players Have Played Sunday? 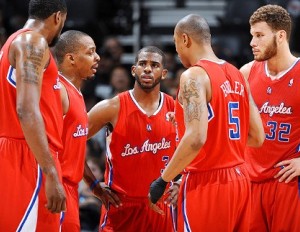 Many feel that the LA Clippers should not have played Sunday in light of their owner’s rant pertaining to his views on blacks. After hearing the comments Donald Sterling said in an audio-taped conversation with his girlfriend, telling her to not be seen in public with blacks, the views were reminiscent of a 1970s Archie Bunker.

The league has been accused of not punishing Sterling for earlier antics that showcased his racist ways. Even the government fined him millions of dollars based on his discriminative actions in the past. Former Clippers executive Elgin Baylor had his lawsuit thrown out alleging the same type of behavior displayed on the recent audiotape.

As Rob Parker writes, ‘The players should have boycotted the game against the Golden State Warriors andÂ forced new NBA commissioner Adam Silver to react and respond with swiftness and severe action like never seen before. This is a defining moment in the NBA, one players should have taken the lead role. This wasn’t one of those moments to sit back and let the league handle it, especially since the league has turned a blind-eye to Sterling’s horrible racist behavior for decades.”

To read the full article, check out The Shadow League