Weâ€™re Sick to Our Stomachs over Food Delivery Apps 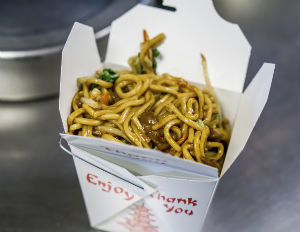 Food delivery services have become one of the most successful types of app businesses ever. Who doesn’t love the ease of ordering takeout with a few taps after a hard day’s work? However, the market has been saturated and is anticipated to crash.

According to CB Insights, VC funding for food delivery services slowed dramatically this year. Funding reached unicorn-level, record highs just last year, with $2 billion in funding handed out like candy to a greedy toddler in just one fiscal quarter.

The report from CB Insights says that some food service apps have even shuttered their businesses, including San Francisco-based SpoonRocket and India’s PepperTap.

These startups are now only receiving half the funding they received previously. Per the report:

Food delivery startups have pulled in just over $609M across 23 deals in the first quarter of this year, which puts the category on track for only half the funding it saw last year, and fewer then [sic] half as many deals as in 2015.

The report also states differences in funding by countries of food delivery startups. These companies are most heavily funded in China and Germany, with the United States, the UK, and India trailing.

One reason cited for the slowing down of funding to food delivery startups is that investors prefer funding these companies when they are later-staged, and have proven value.

The company launched its new app, UberEATS, in the Apple and Google app stores. With the app, users can order food from their favorite local restaurants.

Additionally, the app allows users to filter their menu choices by cuisine type. And “Instant Deliveryâ€ feature schedules food to be delivered in less than 10 minutes.

Since the announcement, UberEATS has rolled out to New York, Seattle, San Francisco, Los Angeles, Atlanta, Chicago, San Francisco and globally, to cities in Singapore and Australia.

What’s your take? With Seamless, GrubHub, and grocery-delivery services such as MaxDelivery and Peapod, is the food delivery app market too crowded? Let us know in the comments section.