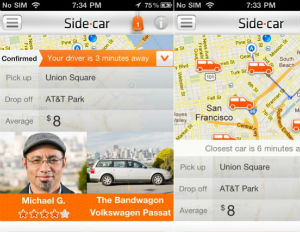 SideCar began working on a limited basis in New York two weeks ago; it operates in eight other cities across the U.S. The service is available on weekend nights for rides coming from Brooklyn.

The company hopes to build a mass of drivers and passengers in the upcoming months so that the service could work all over the city at many times of the day. The company goal is to reduce the necessity of car ownership.

“The world we see in the future is one where just a small subset of people – a minority of people – have cars of their own,” said Sunil Paul, founder of SideCar. “Everyone else can get rides.”