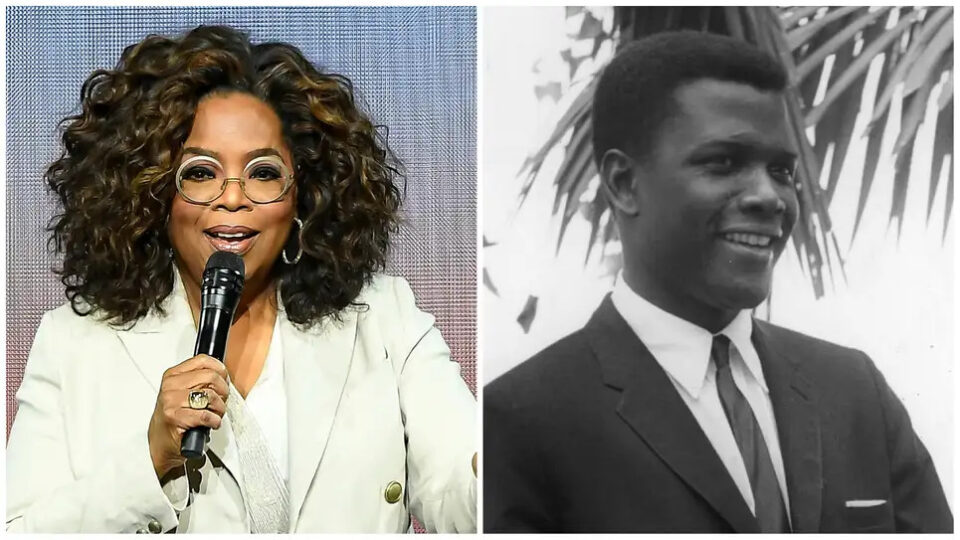 The legendary actor and icon Sidney Poitier was highly regarded as one of the most important actors in American history, having made notable strides to change the world.

As the world continues to mourn the venerable actor’s prolific career following his passing on Jan.7, in Oprah Winfrey’s eyes, the importance of Poitier’s career can’t be overstated.

According to Variety, a new documentary is currently in production at Apple through HARPO Productions and Network Entertainment. It will be executive produced by the entertainment mogul Oprah Winfrey herself.

The film will journey through Poitier’s upbringing and professional career, highlighting the rise of his enormous cultural impact on America society and its film industry forever. His numerous endeavors have proven to solidify his indelible impact on history as the first Black man to ever win an Academy Award for Best Actor.

The documentary, which has been in production for more than a year, will be directed by Reggie Hudlin. He’s known for his previous directorial works, including 90’s films like House Party and Boomerang, as well as episodes of TV series like The Last O.G. and Black Monday.

Per Variety, the project has the support and participation of Poitier’s family.

“There are no words to convey the deep sense of loss and sadness we are feeling right now. We are so grateful he was able to spend his last day surrounded by his family and friends. To us Sidney Poitier was not only a brilliant actor, activist, and a man of incredible grace and moral fortitude, he was also a devoted and loving husband, a supportive and adoring father, and a man who always put family first,” Poitier’s family said in a statement.

“He is our guiding light who lit up our lives with infinite love and wonder. His smile was healing, his hugs the warmest refuge, and his laughter was infectious. We could always turn to him for wisdom and solace and his absence feels like a giant hole in our family and our hearts. Although he is no longer here with us in this realm, his beautiful soul will continue to guide and inspire us. He will live on in us, his grandchildren and great-grandchildren—in every belly laugh, every curious inquiry, every act of compassion and kindness. His legacy will live on in the world, continuing to inspire not only with his incredible body of work, but even more so with his humanity.”