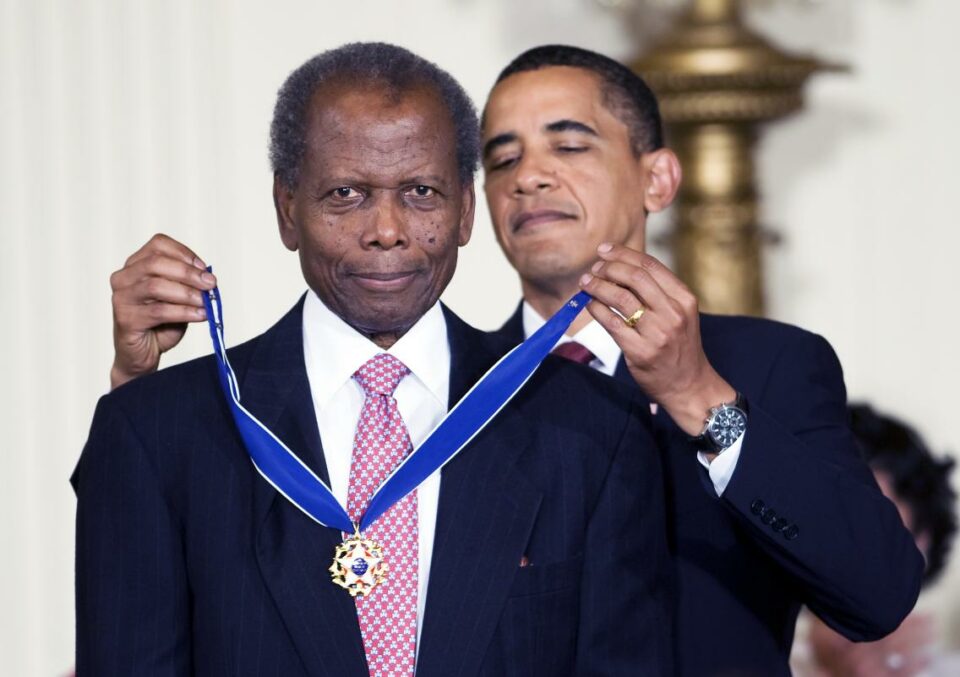 Sidney Poitier, the first Black man to win the Academy Award for best actor and who broke numerous barriers has passed away at the age of 94.

Poitier’s passing was reported by several Bahamian news outlets early Friday morning. The cause of the actor’s death has not been released.

Six years later, Poitier became the first black man to win the Best Actor award for the movie Lilies Of The Field, the story of a traveling worker who encounters a group of East German nuns, who believe he has been sent to them by God to build them a new chapel.

“‘Because it is a long journey to this moment I am naturally indebted to countless number of people,” Poitier said when he accepted the award.

During his career Poitier also pushed against the typical roles Black men were receiving at the time. In 1967, along with Katharine Houghton, Poitier portrayed an interracial couple in 1967’s Guess Who’s Coming Home To Dinner.

The only thing that eclipsed Poitier’s acting career was activism. He attended the 1963 March On Washington and in 1968 went back to Washington D.C. to support the Poor People’s Campaign.

Poitier, who was subject to a level of racism people today may have never experienced, said in his autobiography The Measure Of A Man: A Spiritual Autobiography that he had to keep the anger he felt hidden during the early years of his career.

“I’ve learned that I must find positive outlets for anger or it will destroy me,” he wrote. “There is a certain anger: it reaches such intensity that to express it fully would require homicidal rage ― it’s self-destructive, destroy-the-world rage ― and its flame burns because the world is so unjust. I have to try to find a way to channel that anger to the positive, and the highest positive is forgiveness.”

Poitier was born in Miami on Feb. 20, 1927, where his parents were vacationing. The youngest of seven children, Poitier grew up poor and by the age of 13 was working a full time job to help his family. At the age of 15 and with just three dollars in his pocket, Poitier’s dad sent him on a boat to the U.S.

He made his way to New York City, where he lied about his age to join the U.S. Army during World War II. When he returned after the war Poitier was looking for a dishwashing job and was about to throw the pa[er away when he saw an advertisement looking for actors.

Poitier was so bad in his first audition, he was told to stop trying. However six months later he auditioned again and was accepted and his career blossomed.

“It’s been said that Sidney Poitier does not make moves, he makes milestones,” Obama said during the ceremony. “Milestones of artistic excellence, milestones of America’s progress. On screen and behind the camera in films such as The Defiant Ones and Guess Who’s Coming To Dinner, Uptown Saturday Night, Lilies of the Field, Poitier not only entertained but enlightened, shifting attitudes broadening hearts and revealing the power of the silver screen to bring us closer together. The child of Bahamian tomato farmers, Poitier once called his driving purpose, to make himself a better person. He did and he made us a little better along the way.”