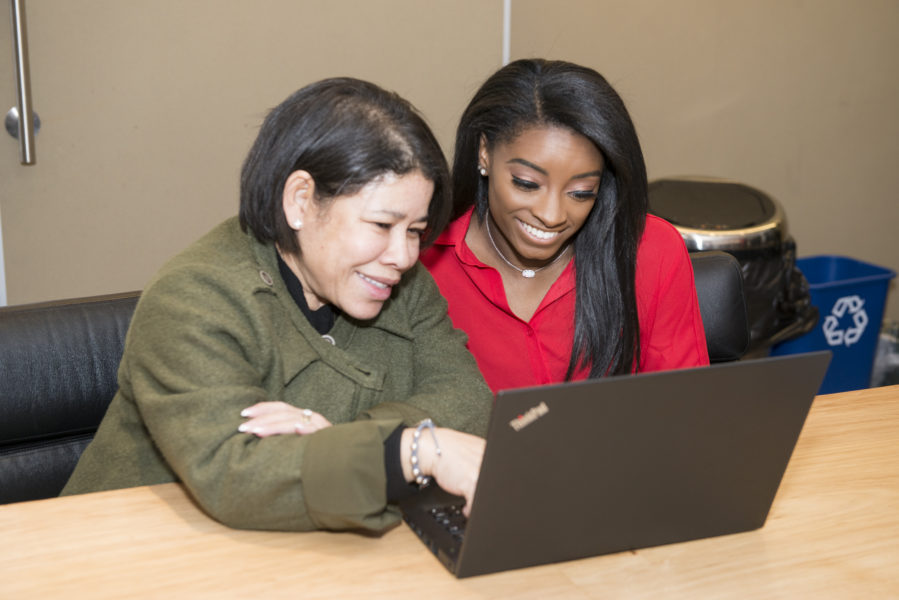 (Simone Biles with her mother, Nellie Biles on their first day of class. Image: UoPeople)

Simone Biles recently stepped into the cryptocurrency world as a new partner with Autograph, where she will launch her own non-fungible tokens, also known as NFT.

“Like most people, I’ve been hearing more and more about NFT’s over the past few months,” Biles told Forbes. “It’s been such an interesting space to learn about, and I’m thrilled to finally participate with my first ever NFT collection.”

The gymnast launched her collection Tuesday, according to a press release.

Biles’ partnership with newly launched Autograph is right on the heels of Naomi Osaka, who recently announced her collection with the company. The two have joined a number of other high-profile athletes who release exclusive digital content for purchase by fans—including founder Tom Brady, Tiger Woods, Derek Jeter, Wayne Gretzky, and Tony Hawk.

“As I look ahead in my career, I’m really interested in diversifying my creative skills and connecting with my fans in a new way,” Biles shared in a press statement. “I am excited to work with Autograph and provide my perspective as part of the Advisory Board. I am honored to join a group of very accomplished legends and greats across all sports to collaborate with Autograph and help lead the next generation of digital collecting for our fans.”

Biles’ collection features over 10,000 NFT’s ready for her fans to purchase at a price point of $12 on Autograph and DraftKings Marketplace, Afrotech reported. The second wave of her NFT’s will include digitally signed NFT’s released at an undisclosed date this week.

“Our Advisory Board is already home to some of the most iconic athletes ever, and we’re thrilled to announce that one of the greatest of all-time, Simone Biles is joining the Autograph team as a leader and content partner,” CEO and Co-founder of Autograph, Dillon Rosenblatt, said in the press release. “Simone’s digital collection is the first step in a larger series designed to bring her audience into the new era of collecting.”