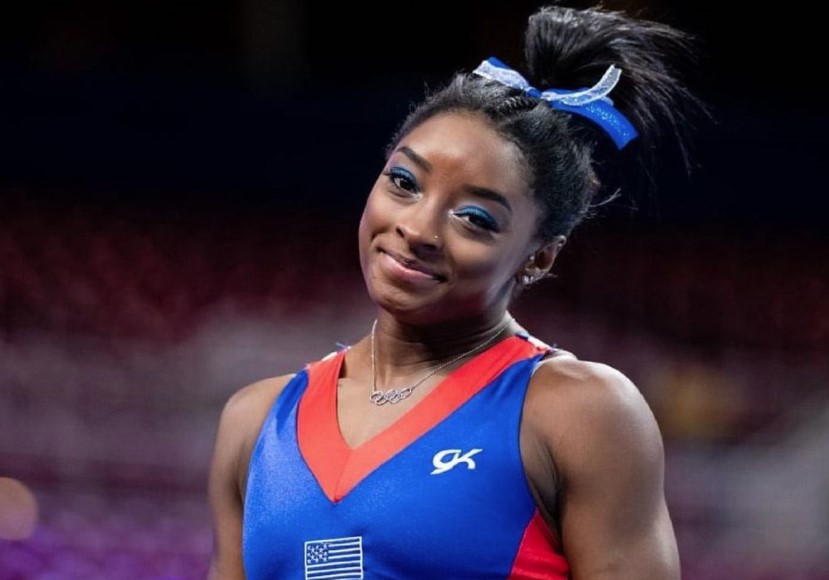 As a Dancing With The Stars alum, Simone Biles was able to enlist the help of her former dance partner when choreographing her gymnastics floor routine.

In episode 5 of Biles’ new Facebook Watch series “Simone vs Herself,” the Olympic gold medalist revealed the choreography she received from her DWTS pro partner Sasha Farber.

Farber helped Biles “spice it up” when it came to her gymnastics floor routine at the upcoming Tokyo Olympics, Insider reports.

Biles and Farber haven’t worked together since coming in fourth place in season 24 of DWTS. But Farber is the perfect candidate to get Biles’s dance routine on point as she prepares to compete against the world.

In the latest episode of Biles’ Facebook Watch series, the decorated champion was seen rehearsing with Farber as she gears up to compete against gymnasts from around the world. The former teammates actually had hopes of choreographing a floor routine together sometime in the future.

“Usually, I have a different choreographer, but this year I feel like we needed to be a little bit different — spice it up,” Biles said. “Even whenever I worked with Sasha on ‘Dancing with the Stars,’ we always said, ‘Oh my gosh, if we could do a floor routine, how cool would that be?'”

Now as an established gymnastic champion, Biles has more creative control over her floor routines than she did earlier in her career. She was able to make the executive decision to bring Farber on board as her dance instructor ahead of the Olympics.

“I’m really excited because she’s really moving now,” Farber said of their floor routine “… To be where she is already, I can’t wait to see what it’s like in months to come.”

He went on to tease what spectators can expect from Biles’ upcoming dance routine.

“There’s a very sassy side to Simone that I’m really excited for people to see,” Farber added.