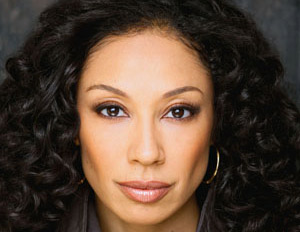 The lack of diversity in prime-time and, in general, network television programming has long been a topic of conversation in social hubs. However, when talk that a Girlfriends meets Sex and the City styled show would debut on VH1 (coupled with BET’s recent pickup of The Game), viewers started chatting about a possible resurgence in Black television shows.

It’s no surprise that the power player pioneering this buzz is Stacy A. Littlejohn, a writer and producer who has lent her talents to hit shows such as Moesha, One on One and All of Us. The 15-year plus industry veteran is currently creator, executive producer and head writer of Single Ladies, a romantic comedy produced by Queen Latifah‘s Flavor Unit Entertainment and starring Stacey Dash and LisaRaye McCoy, which premieres Monday, May 30 at 9pm EST on VH1. The series chronicles the lives of three best friends–Val, Keisha and April–as they work Atlanta’s social scene.

BlackEnterprise.com caught up with the California native as she talks about the need for more Black shows, the importance of mentorship and why she gives credit to VH1 for trying something new.

Tell us about your latest work, Single Ladies.

It’s a romantic comedy. An hour-long show about the lives of four different women. It focuses on three friends, but I kind of threw a fourth one in there. They’re all at different phases in their life; they all have different views on love and relationships.

What does Single Ladies bring to the table that’s different than other romantic comedies?

Nobody’s had my experience except for me. It’s my take on [life]–my thoughts, my dreams, my pain, my heartache. It’s all in the episodes. My joy, my laughter, my tears, [and] what I’ve learned. To me, that’s what makes it fresh.

As for characters, you’re working with two well-known Black actresses, Stacey Dash and LisaRaye McCoy. Did you have those ladies in mind when it came to casting for those roles or did they just happen to audition?

I absolutely had LisaRaye in mind for Keisha. I wrote the role of Keisha for her. It was pretty awesome that it came to fruition. With Stacey Dash, that was kind of a surprise. I actually didn’t have her in mind for that and she came in to audition and she knocked it out of the park.

A lot of programming on VH1 right now is primarily reality shows geared towards or about African American women. Critics say these shows don’t cast the best light on people of color; what’s your take on the image of Black women on television today?

You have your full array of the stereotypical versions of every race on television, but to me with White people on TV, since there are so many more of them, it gets more diverse. Because there are only a handful of Black people on TV, you only see a small portion. There are accurate images; there are inaccurate images–depending on who’s looking at it. I just want there to be more [images]. I think the more images, the more real it is so I’m just trying to provide the images.

Growing up, there were several Black sitcoms to look forward to such as The Cosby Show, Moesha, and Family Matters and now there’s just The Game. What’s your take on the absence of scripted, Black television shows?

Of course I’m a fan of scripted because I’m a writer–without scripted I don’t have a job and I can’t do my craft and my art and what I love. That’s why I’m so honored, actually, that VH1 has kind of gone against the grain and tried to redefine themselves in a new way. I appreciate their courage. I applaud their courage to do this because they are so known to be only reality. They’re taking chances where other networks who have always done scripted have gone reality now

Who are some of your mentors in this industry? How important would you say it is in sculpting one’s career?

Absolutely, a million percent it’s important and I couldn’t have done it without my mentors. I could not be where I am today without people helping me. It goes back to when I was an intern at Nickelodeon, [working] on a show called My Brother and Me. The head writer on that show, by the name of Calvin Brown, Jr., he put me in my first writer’s room. As an intern, I was supposed to be making copies and getting coffee, and he asked me what I wanted to do in the business and I told him I wanted to write. He said then you need to be sitting in the writer’s room, pitching with us and that’s pretty unheard of. There was another writer on there by the name of Fred Johnson who took me under his wing. He started teaching me the ropes–this is how you write a scene, this is how you breakdown a script. It was the basics. When I got my first job, it was Matt Wickline, John Ridley, Eunetta Boone, and Yvette Lee Bowser. These people all have hired me, time and time again, and have been supportive of me and really took me under their wing.

You’ve been in this industry for more than 15 years, which is a great accomplishment. How have you managed to survive?

It’s really difficult for me to not do what I want to do and so when I say I want to write on a show I generally get to go write on that show because I just do the things required to make it happen. I work hard, I stay focused, I study the craft and, more importantly, I just have a knowingness that it’s going to happen and it just has happened for me.