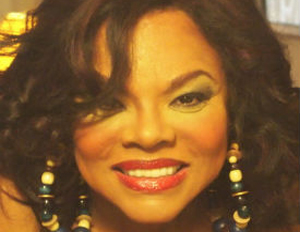 It seems as though Sister 2 Sister magazine is the latest publication to fall victim to the hard times of print media.

The women’s magazine that focuses on black Hollywood has filed for bankruptcy and is putting its print edition on hiatus in an effort to focus more on its website.

Referred to on the magazine’s Website as “The Barbara Walters of Print,” Sister 2 Sister magazine’s publisher, Jamie Foster Brown comes from a long media history that includes starting out as a secretary for BET co-founder Bob Johnson. She founded Sister 2 Sister in 1988 and has established herself as a trusted source for celebrities to talk to.

While Sister 2 Sister is not listed in the latest circulation or advertising figures for the Publishers Information Bureau or the Alliance for Audited Media, its latest news is a sign that its brand is following the digital route that many long-standing print publications have been forced to follow.

Earlier this year, Linda Johnson Rice announced that Jet magazine was ending its print edition and going all digital. Rice explained in an interview withÂ  Black Enterprise that stepping full fledge into the digital world will allow Jet to expand its brand and have a more global reach that will provide for a bigger platform. Vibe magazine also announced the end of its print issues this year, with XXL also announcing that its scaling down from being a bi-monthly print publication, to one that comes out four times a year.

Sister 2 Sister magazine is run as a family-owned business with Brown’s husband, Lorenzo Brown, serving as managing editor, and her two sons serving as associate publisher and business operations manager.