Sit Back, Relax and Stand Up For Girls! 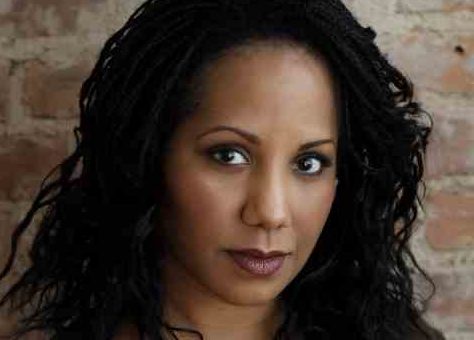 Although I was 26 when I first got into stand-up, the idea of making people laugh had been brewing inside of me for as far back as I can remember. Growing up, Joan Rivers was my idol,  and I would watch her performances every chance I got. While my family never fully understood my obsession, they supported me and even bought me one of her tapes for Christmas when I was 15. I wore that tape down and had every word of her monologues and jokes perfectly memorized, many of which still live with me today.

As I grew up, I spent every spare moment writing jokes. While working as a waitress I’d find myself writing jokes between taking orders and delivering food to my customers. Every situation was an opportunity to write something funny. My older sister was finally the one to push me to admit not only was this my passion, but also my future.

This was scary for so many reasons. While Joan was my idol, she was the exception to the rule, as most comedians were men. Even less was my chance of seeing anyone who looked like me, a woman of color. My choices were to give up before I began or keep fighting and working for my place in the industry that I knew I deserved.

My once in a lifetime chance finally came one night while working as a waitress in a blues bar. The host didn’t show up for the open mic. Knowing this was my ‘do or die’ moment I decided to take my shot and in between taking orders and delivering drinks I manned the stage and this stand-up comedian was born.

Becoming a stand-up is a mixed blessing. I love connecting with the audience and making people laugh. There’s nothing quite as exhilarating as seeing people having a good time because of what you’re doing. What I didn’t love was the feeling that stand-up comedy was a ‘Boys Club’. No matter how hard I worked I felt that I would never be part of that club, and after three years, I transitioned to sketch comedy. I spent the next ten years honing my craft and though I loved sketch comedy, my first true love was still stand-up.

I know they say that ‘lightning doesn’t strike twice’ but for me it actually did. At one of my sketch shows, the comedian was a no show and I once again couldn’t waste the opportunity and opened the show. I continued there for many years but still felt hesitant to call myself a stand-up until just five years ago when I got the courage to try out my jokes at an open mic for an important upcoming show and thought “I can do this!”

Two years ago, while discussing names of comics for a show a friend was shooting, he turned to me and said “What about you?” The faith he had in me was what I needed to go back to the platform I loved so dearly.

Seeing more women, especially young women of color in stand-up is extremely important. No girl should ever think that there isn’t a place for her because of her gender, nor do I want to hear the phrase ‘women are just as funny as men’ ever again. It’s 2020, we can do whatever we want no matter our gender, race, sexuality or any other type of identifier, as long as we have the passion, talent and desire. However, many girls today are still being told they are not as funny just because they are girls, and unfortunately believe it.

I found Stand Up! Girls 18 months ago when I was introduced to Bryn Bowen, a board member,  at the Black Women in Comedy Festival. I remember attending my first show and tearing up thinking about how I could have used this in 1985. It was not until I was in my late 20’s that I was able to finally see an all-female stand-up show.

Stand Up! Girls is a nonprofit organization, founded by Holly Weiss, whose core mission is to educate, inspire and equip girls from underserved communities with the communication skills necessary to succeed in and lead male-dominated workplaces. Through developing and performing stand-up comedy, the girls gain confidence and learn to ‘own the room’. The hope is that by learning these skills at a young age, young girls will feel empowered to seek out positions of leadership in settings like a courtroom, operating room or boardroom.

It was a no brainer to say yes when I was offered the opportunity to become an instructor. It has been an honor to give these girls a chance to find their voice and mentor them as they hone in on their craft in a nurturing and welcoming environment. It has been an absolute pleasure to watch these girls transform into confident young ladies and our future leaders!

Stand Up! Girls will be hosting a virtual fundraising event on October 29th at 7:30 pm EST. The fundraiser, Sit Back, Relax and Stand Up for Girls, consists of an at-home movie showing of All Joking Aside, followed by a Q&A hosted by award-winning comedian and writer, Judy Gold.

The Q&A panel will include the film’s lead actress Raylene Harewood and director Shannon Harwood, Stand Up! Girls program participants from Cristo Rey H.S. (Brooklyn), Stuyvesant (Manhattan) and Democracy Prep (Harlem) and a group of female comedians including myself!

Topics to be discussed are female empowerment, gender bias, mentoring, and what we can learn from bombing on stage.

Founded in 2018 by successful professional women and people of color, Stand Up! Girls has enrolled 30-50 girls a semester across New York City. Each program consists of 8-12 weeks of instruction and culminates in a performance showcase at a comedy club in NYC, and for now, on Zoom. To learn how to get involved, visit http://standupgirlsnyc.org.

All Joking Aside will be available for rental and sale beginning November 13 on iTunes, Amazon, Google Play and other major platforms.

By teaching girls stand-up comedy we teach them to tap into their voice, speak and be HEARD.

Because in the words of Kamala Harris, “Excuse me, I’m still talking.”