Siza Mzimela Becomes First Black Woman to Own an Airline 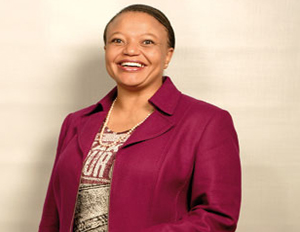 After years of working in the aviation field, South African businesswoman Sizakele Petunia Mzimela is making history as the first black woman to launch her own airline.

In September, the power woman, who is widely referred to as Siza, kicked off operations for Fly Blue Crane at the O.R. Tambo International Airport in South Africa. The airline currently has two 50-seat ERJ 145s and offers low-cost domestic flights within the South African region.

However, Siza makes it clear that she hopes to expand destinations to Botswana, Namibia, Zimbabwe, and the Democratic Republic of Congo in the near future. In addition to her new airline, Siza is also the founder and executive chairperson of Blue Crane Aviation, which is an aviation services company that focuses on African airlines and provides them with airline consulting, aviation legal services, and aircraft management services in an effort to give them access to the global market.

Prior to launching Fly Blue Crane airlines, Siza served as the first female CEO of South African Airways from April 1, 2010 to Oct. 8 2012. Under her leadership, for the first time in SAA history, the company introduced direct flights to New York and Beijing, China. The airline also grew its regional network by adding eight additional routes in one year.

Siza, who started her career with SAA in 1997 as a market analyst, has also been appointed as the first female to join the International Air Transport Association’s board of directors in 67 years. Holding a bachelor of arts degree in economics and statistics from the University of Swaziland,Â Siza serves as a board member of the South African Tourism Board, as well as the Oprah Winfrey Leadership Academy for Girls.