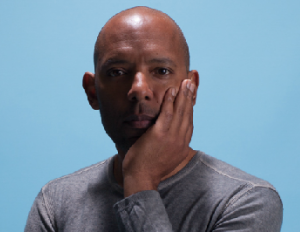 In November of 2016, Black Enterprise spoke with Leslie Miley, who was then the Director of Engineering at Slack, about what he felt were the necessary steps to increase diversity in the tech ecosystem.

“We can diversify workforces by allocating money and building campuses in more diverse cities, including Atlanta, Detroit, and Richmond, Virginia,â€ said a frustrated Miley. Well, he wasted no time venturing into his new endeavor.

Recently Miley joined the team at Venture for America to help empower recent grads to launch their careers as entrepreneurs and revitalize American cities. He is an integral part of their program, spearheading their new initiative as the first Executive in Residence (EIR).

The aim of the program is to bring top executives from key tech companies including Slack, LinkedIn, and others, to VFA cities for a year-long residency to serve as resources to the innovation and entrepreneurship communities. Miley will be taking a yearlong fellowship with Venture for America, sponsored by Slack, to launch and lead the new EIR program based in San Francisco.

“Encouraging tech investment in communities with lower costs of living and the same entrepreneurial spirit seen in Silicon Valley, should not be constrained to Seattle, Austin, or Boston but should also include cities like Denver, Detroit, New Orleans, and St. Louis,â€ says Miley. “Our goal is to encourage tech investment in people as well as capital, everywhere.”

Sequoia Blodgett is the Silicon Valley, tech editor for Black Enterprise. She is also the founder of 7AM, a lifestyle, media platform, focused on personal development, guided by informed pop culture.