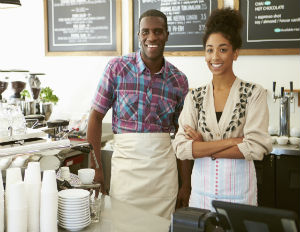 Every week, millions of Americans work more than 40 hours a week but do not receive the overtime pay they have earned, according to the Department of Labor, which finalized a rule to fix that by updating overtime protections for workers.

In total, the new rule is expected to extend overtime protections to 4.2 million more Americans who are not currently eligible under federal law, and it is expected to boost wages for workers by $12 billion over the next 10 years.

For much of the 20th century, the 40-hour workweek has been in place. The rules were simple: if you were called on to put in extra work, your employer had to pay you extra regardless of whether you received an hourly wage or a salary.

Currently, salaried employees who earn more than $23,660 a year and meet other criteria are not entitled by law to overtime pay, which is 1.5 times an equivalent hourly wage after an employee works more than 40 hours a week, according to the DOL. Hourly workers are generally guaranteed overtime pay regardless of their earnings level.

Additionally, this new level will be automatically updated every three years to ensure that workers continue to earn the pay they deserve, not the DOL.

Members of the small business community are not fully on board with the new changes. The National Association for the Self-Employed (NASE), the nation’s leading advocate and resource for self-employed and micro-businesses, released a statement in reaction to new overtime rules by expressing deep concern the rule will hurt small business growth and employees in the long-run.

“The Department of Labor’s ruling will make it more difficult for millions of small business owners across America to help strengthen and support our local and national economies,â€ said Katie Vlietstra, vice president for government relations and public affairs. “This new overtime rule will increase costs for our nation’s small business community who are already facing a host of unfair business regulations and add to the struggle they face to meet their bottom lines.â€

She adds that as a result of this rule, small business expansion will be stalled and businesses will be forced to cut vital programs, staffing and services that benefit workers. She goes on to say that what is needed is a more appropriate salary threshold that takes into account regional cost-of-living differences, not further regulations that dictate harmful business practices.

Employers will, however, have various options. They could change the pay structure for employees making less than the new threshold to an hourly rate. They could raise the pay above the threshold so they won’t need to worry about overtime.

They could even cut the base salaries of those who regularly work more than 40 hours, in expectation that overtime pay will make up the difference.