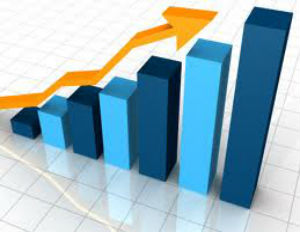 Good news for folks in business looking for capital: bankers and experts say lending to small businesses will accelerate in the next six months.

The Professional Risk Manager’s International Association teamed with FICO to examine banker’s confidence in lending to small businesses. The results? Favorable. Bankers predict lending would increase soon by a two-to-one margin in the upcoming year.

The second quarter of 2012 showed a consistent slow down in credit card delinquency giving bankers increased faith in consumer responsibility — except in the student loan arena.

A large majority of surveyed bankers believe that student loan delinquencies will increase in the next six months as the economy struggles to rebound, which is startling, says Dr. Andrew Jennings, chief analytics officer at FICO and head of FICO Labs.

“It’s hard to see how this trend is sustainable,” he said in the report. “I suspect rules changes will be needed for the repayment of student loans to help former students get on with their lives without becoming prisoners of their debt.”

Despite the student loan worries, lenders expect for the supply of credit to increase as different types of credit lending open up. For more details, visit the FICO report.