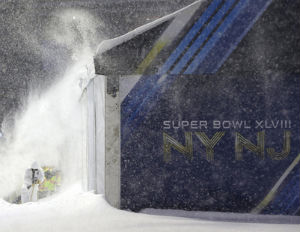 You don’t have to spend $4 million on a 30 second Super Bowl ad to drive customer awareness. There are cheaper ways to take advantage of the big game to market your company and products. Besides, your goal should be to drive sales. Super Bowl ads are great for entertaining the masses but not for generating revenues, at least according to most advertising sources.

Entrepreneur.com provides a great example of a small furniture business in Baltimore whose home team (the Ravens) won the Super Bowl last year. This entrepreneur was able to score big sales with a local Super Bowl promotion where he offered a full refund of his Super Bowl week’s furniture sales if the Colts scored a 3-point conversion. As luck would have it, that’s exactly what happened. Because he planned right, he bought an insurance policy to protect himself to cover the loss in the event it did happen. The resulting hype generated incremental sales on top of what he had already secured. This strategy proved that you don’t have to be a big brand name like Coca-Cola to use a pop culture moment like the Super Bowl to your advantage.

Just in the same, local businesses in New York/New Jersey (as host this year), can use hype around the NFL game to get in on the action. The same will be true for the hometowns of the two teams playing. Since the game will be on the minds of many in the region, reports Entrepreneur, business owners should use the opportunity to make a connection with customers.

As one of the biggest events in the United States, Super Bowl XLVIII has been the center of talks months before it even commences. Here are at least three ideas to create buzz for your biz:

The goal is to create “in the moment” marketing that stimulates sales.