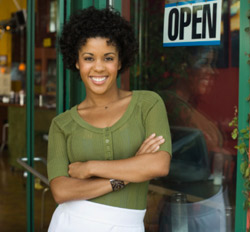 It looks like those waiting for a rebound for America’s small businesses will have to wait a little longer; but Congress’ vote to cut in the payroll tax could improve the outlook for small businesses later in the year.

The Washington, D.C.-based National Federation of Independent Business (NFIB) reported that their optimism index decreased to 92.6 in December. November’s index came in at 93.2 the highest since the beginning of the Great Recession in December 2007. What is says is that the small business half of the economyand they produce half of the private GDP isn’t going anywhere in the near term, says William Dunkelberg, NFIB’s chief economist. We don’t see a lot of oomph coming from this side so even if the big firms gross 4% and we gross zero, that’s a 2% GDP number.

According to Dunkelberg, small business owners remained cautious and uncertain about the future course of the economy and business prospects and were therefore less likely to fill positions and purchase new equipment–both of which contribute to the economy. This also means that the unemployment rate, which came in at 9.4% in December is likely to hover near its recent levels. “We don’t see downturns and things, there’s just no pizzazz like there was in 1983-84 when we came out of those recessions and grew 8%,â€ he says.

On the bright side, 13% of small business owners reported unfilled job openings–an increase of four points. This should contribute to a lower unemployment rate in the coming months. Over the next three months, 10% of respondents plan to increase employment (up one point), with 9% looking to reduce it (down three points). The NFIB points out that this is the best reading in 27 months in the survey of some 800 businesses.

Dunkelberg says small businesses could see a boost as a result of Congress voting to cut the amount of Social Security tax (FICA) that is assessed from 6.2% to 4.2%. “If you make $50,000 a year, it’s worth $1,000 and most of that will be spent,â€ he states. “So spending will pick up and when spending picks up then small businesses will start hiring and buying new equipment.â€