Comparing the differences between Small Business owners and Entrepreneurs 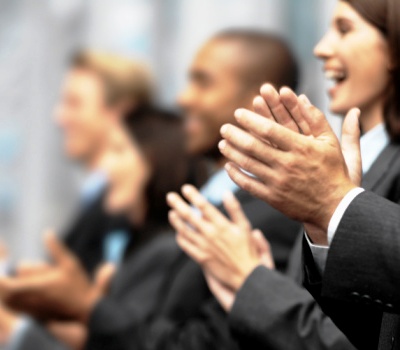 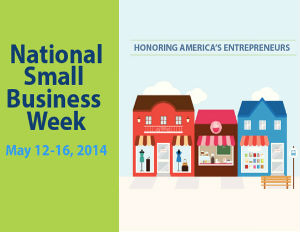 National Small Business Week wrapped up for the year on Friday May 16.

For a week each year, the government puts entrepreneurs and their respective businesses in the spotlight to raise awareness and to provide a platform and an outlet for resources for small businesses across the country.

President Obama puts it this way, “For centuries, America’s progress has been driven by pioneers who think big, take risks, and work hard. Where their ideas take root, we find inventions that can change the way we live. And when their businesses take off, they fuel an engine of economic growth and job creation that moves America forward. During National Small Business Week, we celebrate the generations of entrepreneurs who have given their all to realize a dream, and we renew our promise to help their businesses grow, hire, and succeed.”

But was the President referring to entrepreneurs or small business owners? Or both?

As more and more start-ups continue to pop up across the country, The Huffington Post points out the similarities between the two saying, “On the surface, both the entrepreneur and the small business owner exude the same characteristics, particularly when growing the business initially. Focused on building their businesses, making personal sacrifices and working long hours are typical behaviors of start-up founders.”

But, although it can sometimes be blurred, there is a fine line between the average entrepreneur and small-business owner.

Though the terms are often interchangeable, there is a marked difference between the two and most experts agree it can be narrowed down to one word – “risk.”

According to Gene Marks’ article on Forbes, “Entrepreneurs are never satisfied with the status quo. They’re always thinking of the next big thing, the next project. They enjoy action. They thrive on chaos. They’ve got their fingers in different jars. That’s why it’s common to hear of them failing at half a dozen companies before finally hitting the mark.”

In an article on Entrepreneur.com, Melanie Spring, founder of the branding company, Sisarina, and its chief inspiration officer, outlines some of the major differences between the two. She says one is not necessarily better than the other, they are just different.

Among the points she makes in her article are, “Small-business owners have a great idea. They solve a problem in their community. They know their business and target audience. They know what will make their customers happy. They serve their customers.”

Spring adds, “Entrepreneurs have big ideas. They dream big. They think big. They come up with ideas that haven’t been tested, diagnosed, or worked through. A lot of times they don’t even know if their ideas are possible, which gets them even more excited.”

Spring also notes, “Small-business owners think about the things they need to finish this week. They have daily and weekly to do lists. They manage employees, work with customers, network with new customers, and keep everything rocking and rolling.” She says entrepreneurs are thinking ahead six months, “While their team is thinking about what they’re doing that week, they tend to skip the now and focus on the future of the company. They have people to manage the business, and if they don’t, they soon will.”

An article by the Wall Street Journal also points out the distinction.

A VP of entrepreneurship at a major company tells the WSJ, “Entrepreneurs are those people who generate revolutionary ideas, bringing them to the marketplace. Their ideas are innovative, making our society more efficient and often helping spur the U.S. economy by evolving into high-growth firms. Small business owners, by contrast, start a business and once they grow it big enough to support themselves and their families, they have no intentions of growing it much more.”

Whatever the differences, it is undeniable that both entrepreneurs and small business owners began with one element: Vision. And then the energy and enthusiasm to implement it. The difference is that the entrepreneur knows when to sell and move on to another innovative project. The small biz owner is happy running his or her business and satisfied with their autonomy.

In Latin, the aphorism is generally given as “nosce te ipsum” or “temet nosce.” Know thyself.

Federal Reserve Chair Janet Yellin last week to commended small business owners across the nation on their work in helping to re-energize the economy.

“America has come a long way since the dark days of the financial crisis, and small businesses deserve a considerable share of the credit for the investment and hiring that have brought that progress, ” she says. “Although we have come far, it is also true that we have further to go to achieve a healthy economy, and I am certain that small businesses will continue to play a critical role in reaching that objective.”

Yes, and so will entrepreneurs. So which one are you?