Small Businesses Created 71,000 Jobs in August, According to ADP Report 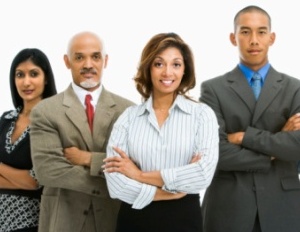 Private sector employment increased by 176,000 jobs from July to August, according to the August ADP National Employment Report.

The report, which is derived from ADP’s payrollÂ data, measures the change in total nonfarm private employment each month on a seasonally adjusted basis. July’s job gain was revised down slightly from 200,000 to 198,000.

Goods-producing employment rose by 11,000 jobs in August, at roughly half the growth rate ofÂ the previous month. Construction payrolls added 4,000 jobs, while manufacturing payrollsÂ increased by 5,000, rebounding from a decline in July.Â Service-providing industries added 165,000 jobs in August, down from 176,000 in July.

GainsÂ were broad-based across industries. Among the service industries reported by the ADP NationalÂ Employment Report, professional/business services added the most jobs with 50,000 over theÂ month. Trade/transportation/utilities services saw an increase of 40,000 jobs, while financialÂ activities showed a modest gain of 1,000 jobs, the category’s smallest monthly increase sinceÂ June of 2012.

“The U.S. private sector added 176,000 jobs in August, as companies of all sizes expandedÂ their payrolls over the previous month,” said Carlos A. Rodriguez, president and chief executiveÂ officer of ADP. “The August job gains are in line with the monthly average over the last 12Â months.â€

Mark Zandi, chief economist of Moody’s Analytics, said, “It is steady as it goes in the jobÂ market. Job gains in August were consistent with increases experienced over the past two-plu syears. There is little evidence that fiscal austerity and Health Care Reform have had aÂ significant impact on the job market.â€