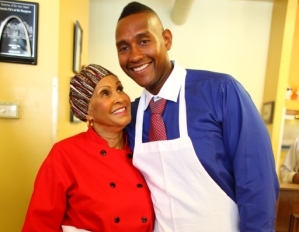 What do “Sweetie Pie’s,” “Duck Dynasty” and “Pawn Stars” have in common? They’re all small businesses that had star turns on reality TV and, as a result, took in mountains of cash because of it.

Sales explode for small businesses on reality shows, even after just a few episodes, reports The Associated Press. These largely unknown business become household names — not to mention the financial benefits from opening gift shops.

That’s true for Robbie Montgomery, owner of Sweetie’s Pies, which has been featured in a reality series on OWN: The Oprah Winfrey Network. The show follows Montgomery and her son as they run their two restaurants in St. Louis.

“There was a line around the block after the third or fourth episode,â€ Montgomery told the AP. Sales have jumped 70 percent at the restaurants, which serves Southern dishes. The show debuted in 2011 and is currently filming its fourth season.