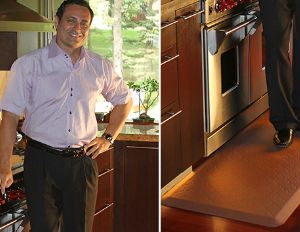 As the economy has continued to fall, many businesses have been forced to outsource work overseas to cut costs. The low price of imported products and labor has forced many Americans out of the current job market. But while many small businesses have had to close their doors, there are five small companies across the country that continue to strive, and refuse to give way to America’s ongoing recession.

CNN spoke with each business owner to breakdown his or her success, helping people worldwide redefine the term. Karges Furniture Co., a 127-year-old furniture maker, used to hit “peak sales of $10 million in 2000 and boasts celebrity clients like Carol Burnett, Elizabeth Dole and Aretha Franklin,â€ reports CNN. “The Middle East was a big market for its furniture, but sales dropped after 9/11. By 2008, Karges had 30 employees, down from 130, and sales had shrunk to under $4 million.â€

Joan Karges Rogier, owner and president of the company says, “We’re doing everything we can,” said Rogier. “Maybe we won’t make it and it will be the saddest thing after all these years.”

Round House Manufacturing, one of the few blue jeans makers left in the U.S., opened its doors 110 years ago, and was bought by the Antosh family in 1964. The company was known for providing clothing for railroad workers and soldiers in the ’70s, and now supplies large corporations such as “Wal-Mart, army surplus, industrial and farm supplies stores nationwide.â€ CNN also reports that “lately, its biggest fans are overseas, specifically in Japan, where Round House overalls are considered high fashion.â€