Small Businesses Keep Thanksgiving a Holiday, Not a Shopping Day 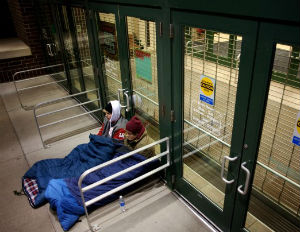 The contrast between shopping at a small business versus at a big box store will be pretty clear this Thanksgiving.

While big chains such as Target, Wal-Mart and Sears have announced they’ll be open Thursday, many small business owners have decided to give their employees the day off to enjoy dinner and time with relatives.

“Personally, I think it’s terrible, and I think it’s bad for families,â€ said John Koutsos, owner of Alec’s Shoe Store in Nashua, NH, referring to large chains decision to stay open on Thanksgiving. “I could never ask my employees to do anything like that.â€

Stores who close could potentially lose on sales from bargain hunters who will be looking to shop and spend money, but owners stand by their decision.

“As a small-business owner, your holidays are precious to you,â€ said Philip Scontas, owner of Scontsas Fine Jewelry & Home DÃ©cor. “To not spend a holiday with your family would just be wrong. There’s plenty of time to shop.â€

28-year old Erika Novak, owner of Posh Baby Company in Houston will not be open on Thanksgiving.

“We’re closed! Spend time with the family,â€ she told her employees who were more than grateful.

Employee Jessica Shoemaker couldn’t be happier to have off and says it’s another reason to be thankful this holiday.

“I love that, I want to spend Thanksgiving with family…like we do every year so I’m thankful we’re off,â€ she said.

Employees aren’t the only persons who applaud a business closing for Thanksgiving. There is a growing backlash against big box chains decisions to open on Thanksgiving, leading to some customers boycotting the stores all together.

She plans to shop small and local after Thanksgiving and not hit the big boxes for the bargains they offer.