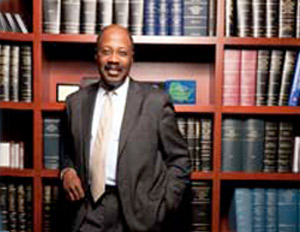 farm eventually,â€ Lancaster-Beal told him, explaining that between the two of them, they had the talent, the resources, and the potential clients to build a great firm. “It was our time,â€ she says. “I said: ‘Let’s go for it.’â€

Some 23 years later, the firm Beal founded at the urging of his wife is touted as the nation’s oldest continuously operating minority-owned investment bank. M.R. Beal & Co. (No. 5 in taxable securities with $1.6 billion in lead issues and No. 3 in tax-exempt securities with $2.2 billion in lead issues on the be investment banks list) consistently ranks among the top 20 firms conducting municipal debt transactions, and among the top 100 firms guiding corporate equity and corporate debt issuances, according to Thomson Reuters.

As chief executive, Beal hasn’t let the recent recession and slow-recovering economy hinder business. The company was engaged in $40.2 billion of public financing in 2008, followed by $45.4 billion in bond issuances in 2009. In 2010, the company’s senior managed and co-lead deals totaled more than $62 billion. A large part of what made 2010 a banner year was M.R. Beal’s participation as a so-called senior manager and sole book-runner in a $1.3 billion bond issuance for the State of New York. The deal made history as the largest New York State bond transaction conducted by a minority-owned firm. Also in 2010, M.R. Beal took part in major stock and corporate bond offerings for the likes of CitiGroup, General Motors, and Bank of America, underwriting more than $125 million of offerings as each of those companies raised money in the capital markets to pay back the U.S. Treasury for Troubled Asset Relief Program monies they received during the financial crisis. As a result of its financial performance, consistent growth, and innovation in the face of financial industry turmoil, Black Enterprise has chosen M.R. Beal & Co. to be our 2011 Financial Services Company of the Year.