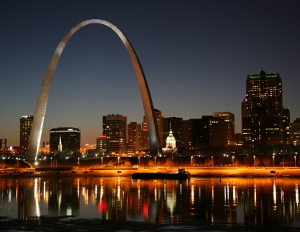 In 1973, the Smoothie King brand started in the New Orleans area; later in 1989 it became the first franchised smoothie bar/health food store in the United States. Since that date, the brand has spread to more than 600 franchise units in 32 states, the Caymans, Singapore and the Republic of Korea. Now, the franchise ranked no. 1 by Entrepreneur Magazine in the juice bar category for a 19th year in a row, is looking to expand in St. Louis.

To help fuel development and attract first time investors, Smoothie King is offering candidates 40 percent off its initial franchise fee for the first 40 agreements of 2013. This amounts to a savings of $10,000 and hopefully a lower bar of entry for new franchisees. Since the start of the year, nine new franchisees have taken advantage of the latest incentive program, in addition to 38 existing franchisees that have committed to opening their additional units this year.

“Smoothie King continues to experience tremendous growth, with 27 new U.S. openings planned through July 2013,” said Smoothie King Global CEO Wan Kim. “We are confident that our brand has great potential for further development in St. Louis and look forward to building a stronger presence in the area.”

The New Orleans-based smoothie chain currently has eight stores in St. Louis and plans to develop an additional 25 locations in the market over the next five years. The company’s executive team will also host a Discovery Day on May 2 in St. Louis, to share the benefits of opening a Smoothie King with potential franchisees.

“Smoothie King offers a unique business opportunity to satisfy St. Louis’ health conscious consumers,” said Jeremy Kubicek, a St. Louis Smoothie King multi-unit franchisee. “When we first joined the company in 2008, many local business owners were financially struggling due to the recession, but our smoothie business remained in high demand.â€

To learn more about owning a Smoothie King in St. Louis, interested parties are invited to visit www.smoothiekingfranchise.com or contact Natalie Johnson at (985) 635-6973, ext. 115.