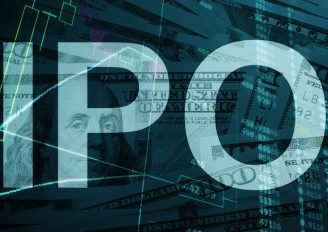 There’s still quite a bit of buzz about the $28 billion initial public offering of Snap Inc., parent of the mobile app Snapchat. Considered one of the largest U.S. tech IPOs during its market debut on March 2 — despite news reports from Marketwatch.com, among other sources, that “the thrill has fadedâ€ for investors as its share price slides from the initial trading day close of $22.07 – BLACK ENTERPRISE has focused on another element: Participation of minority underwriters.

According to CNBC.com, Wall Street investment banks generated roughly $85 million in fees with Morgan Stanley and Goldman Sachs leading the pack. Only two minority firms were included in the transaction: Samuel A. Ramirez & Co. and BE 100s financial services firm Williams Capital Group L.P. (No. 3 in taxable securities with $2.2 billion in lead issues and No. 5 with $18.9 billion in lead issues on the 2016 BE INVESTMENT BANKS list). Neither firm was chosen as senior or co-managers on the transaction.

For more than a decade, minority firms have been pushing to gain equity and bond underwriting assignments from Silicon Valley companies. With the aftermath of the Snap IPO, we decided to take a look at the track record of the engagement of African American investment banks within the tech sector. Taken from the 20th Anniversary Wall Street Project Report Card booklet, produced by BLACK ENTERPRISE and written by BE contributor Frank McCoy. As you will see, much more progress needs to be made. To paraphrase John Rogers, CEO of BE 100s asset manager Ariel Investments, not enough black financial services firms have achieved their “Jackie Robinson moment.”

Google’s $2.7 billion IPO: Blaylock & Partners — one of the leading BE investment banks at the time – served as a co-manager of the public offering of 14.159 million shares of Class A common stock. Underwriters included two other then-BE 100s companies M.R. Beal & Co. and Utendahl Capital.

Microsoft Corp. announces an offering of $10.75 billion debt sale with CastleOak Securities L.P., Loop Capital, and Williams Capital as co-managers of the deal.